Alphabet in Yorkshire For a Young Tyke

Amongst many words written and spoken about Yorkshire folk I have singled out these ‘There’s only two kind of people them that are born in Yorkshire and them that wish they were!’

So my 4 year old grandson is learning what it means to be a Tyke.  At his first school he is spelling out his letters and I am trying to help. 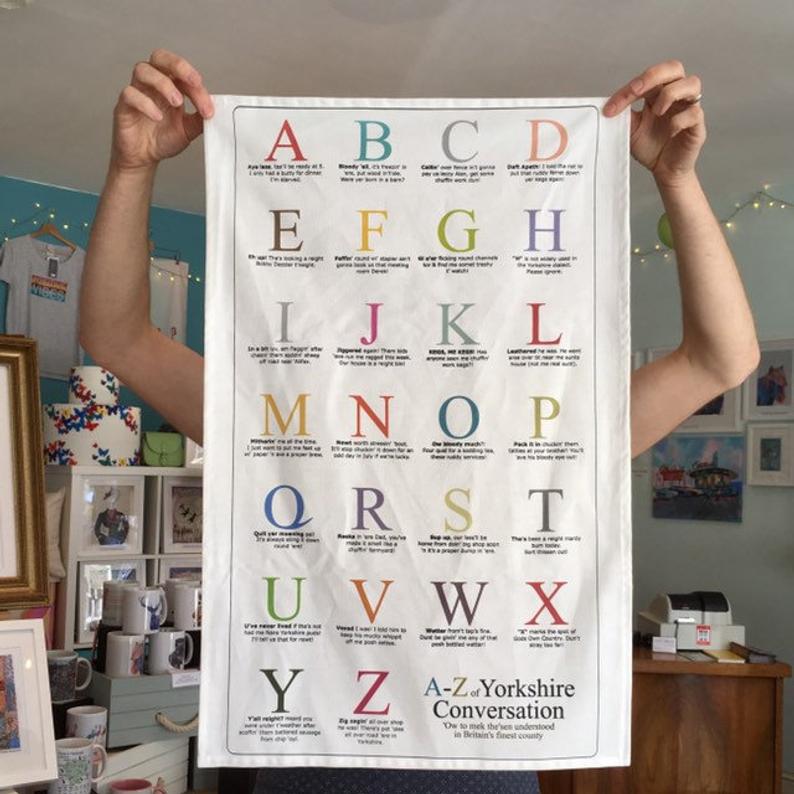 What is in a name? Do you call his a trolley bus, as I do, a trackless as my grandfather did or some more esoteric name. It probably matters little in the scheme of things except when it comes to providing this blog theme.

If you are too young or new to the concept of an electric bus like the Bradford version shown then here are some pointers. The electricity is supplied from two wire normally  suspended from tall roadside posts. The connection to the trolley bus is via two trolley poles that make a complete electric circuit for the direct current.

Leeds was the first British city to put trolleybuses into service in  1911 along with Bradford where they ran until 1972.

Advantages and Disadvantages of Trolley Buses

Posted in Transport and Travel | Comments Off on Trollybus Or Trackless

Yorkshire TV studios were opened in 1968 at  Kirkstall Road Leeds broadcasting in black & white. By the end of 1969 ITV programmes started to be broadcast in colour. Yorkshire Television Limited ceased to trade on 1 January 2007 when it was taken over by ITV. It is currently named ITV Yorkshire.

Emley Moor is our transmitting station and broadcasting mast at Emley mid-way between between Huddersfield and Wakefield. The original very high tower collapsed in March 1969 due to high wind and a build-up of ice but was rebuilt as a concrete structure opened in 1971. In addition to ITV Yorkshire other stations including BBC Yorkshire and BBC 2 are transmitted from Emley.

Posted in Our Yorkshire, Yorkshire Business and Money | Comments Off on Yorkshire TV Broadcasting

What do Sheffield United, Hull FC, Sheffield Wednesday, Barnsley FC, Middlesbrough Huddersfield Town, Bradford City and Leeds United all have in common? Loyal fans, tenacity and club spirit undoubtedly but also  records of promotion and relegation to and from the premiership.

Why the Yo-YO Effect

For more detailed analysis of Yorkshire teams time in the premiership you could do worse than look at this website.

The Independent Inquiry into Child Sexual Abuse the long running investigation into the sexual abuse and exploitation of children in residential schools still continues through November 2020.

An earlier report by (IICSA) said the school at Ampleforth was ‘secretive, evasive and suspicious’.  By the same token  ‘the perpetrators did not hide their sexual interests’ in a culture of blatant acceptance of abusive behaviour. Powerful Abbots and church officials seemed more interested in protecting the Catholic Church’s reputation than safeguarding children.

Now, and belatedly some may think, the Department of Education (DfE) has issued a banning instruction to the school to ‘cease to admit’ anymore pupils as part of it’s policy of safeguarding the education and well-being of children.’ Apparently efforts to improve safeguarding in the wake of the child sex abuse scandal have been slow and insufficient according to the Education secretary. Without strict separation between the school and the abbey there are still conflicting priorities.

The DfE intervention may seem a lot too late but necessary never the less. However it will surprise no one that the school says it will appeal rather than spend efforts in putting things right.

’12 months and 12 years on and Ampleforth Abbey and St Laurence Education Trust are still in the news over sexual abuse allegations. The charity commission has this month stripped both charities of responsibility for pupil welfare after last years inquiry into Child Sexual Abuse. The independent inquiry, set up by Teressa May, heard allegations  against 40 monks and teachers. An interim manager has been appointed to both charities.

In 2006 Fr Piers Grant-Ferris a Benedictine monk  and teacher at Ampleforth was jailed when he admitted 20 indecent assaults on young boys. Another former Ampleforth teacher, Gregory Carroll, was imprisoned in 2005 for the abuse of pupils but was ‘forgiven by the Ampleforth authorities’.’

Posted in activities, Our Yorkshire | Comments Off on Ampleforth the Scandal Continues

Cut to the Quick Scissors

I am always on the lookout for Yorkshire stories and there was a snippet in our paper about a scissor company in Sheffield. So I cut it out out of shear vandalism.

The thrust of the article was about the quality of Sheffield steel and it’s long use in the scissor and cutting implement industry. William Whiteley and Sons was established in 1760 and benefited from the invention of stainless steel and the development of craftsmen in Sheffield.

Nurturing the company successfully for 260 year through wars, pandemics and economic travails this family run company  is in good spirits. This year there has been a  5 fold rise in demand for scissors generated by lockdown crafting, mask making front line scrub cutting and new pandemic scissoring needs. The firm is still a family concern with a commercial appreciation demonstrated by it’s Christmas present range.

Where can you walk with children or grandchildern during tier 3 lockdown? We tried Kirkstall Valley one of Leeds best kept and free secrets.
Very few people are aware of this interesting and substantial area of open space so close to the city centre. Walking around you can see well cared for nature trails and  trains close up on the Leeds – Skipton railway, an old electricity power station now part of the grid and other examples of local industrial heritage.

Kirkstall Valley is currently experiencing a higher level of visitors and an increased amount of litter so the Yorkshire Wildlife Trust urge everyone to ‘follow the love and look after the area’  – take all your litter home.

Mallards and tuffted ducks appreciate the river banks and many common birds are resident most of the year round including ‘Kingfishers, Treecreepers, Sparrows, Greenfinches, Goldfinches, Wrens, Robins and Dunnocks. Sparrowhawks and Kestrels. We spotted a Heron flying above the river looking for a fish supper.

What do successful Turkeys say?                     Quack! quack!
If April brings showers what do May flowers bring?   Pilgrims
If anyone wants a copy of Osteopath weekly, I have back issues.

Trump goes back a long way but no pardon. The Yorkshire Association was formed in December 1779 to lobby for economic reform —a reduction of places and pensions—at a time of high taxation during the American War. Though conservatives denounced associations as potentially seditious, a number of other counties formed committees and joined with Yorkshire in petitioning Parliament.

The American Yorkshire, a breed of domestic pig, is the American version of the English Yorkshire. The American Yorkshire has smaller and more-floppy ears when compared to the English Yorkshire’s large, erect ears. American Yorkshires are the most recorded swine breed farmed for its meat in the United States. Yorkshires are white in colour and have erect ears. They are the most recorded breed of swine in the United States and in Canada. They are found in almost every state, with the highest populations being in Illinois, Indiana, Iowa, Nebraska and Ohio. The modern Yorkshire is very muscular, with a high proportion of lean meat and low backfat, in addition to being very sound and durable.

Was it a good job the Mayflower was on a one way trip?

Posted in overseas | Comments Off on Happy Thanksgiving 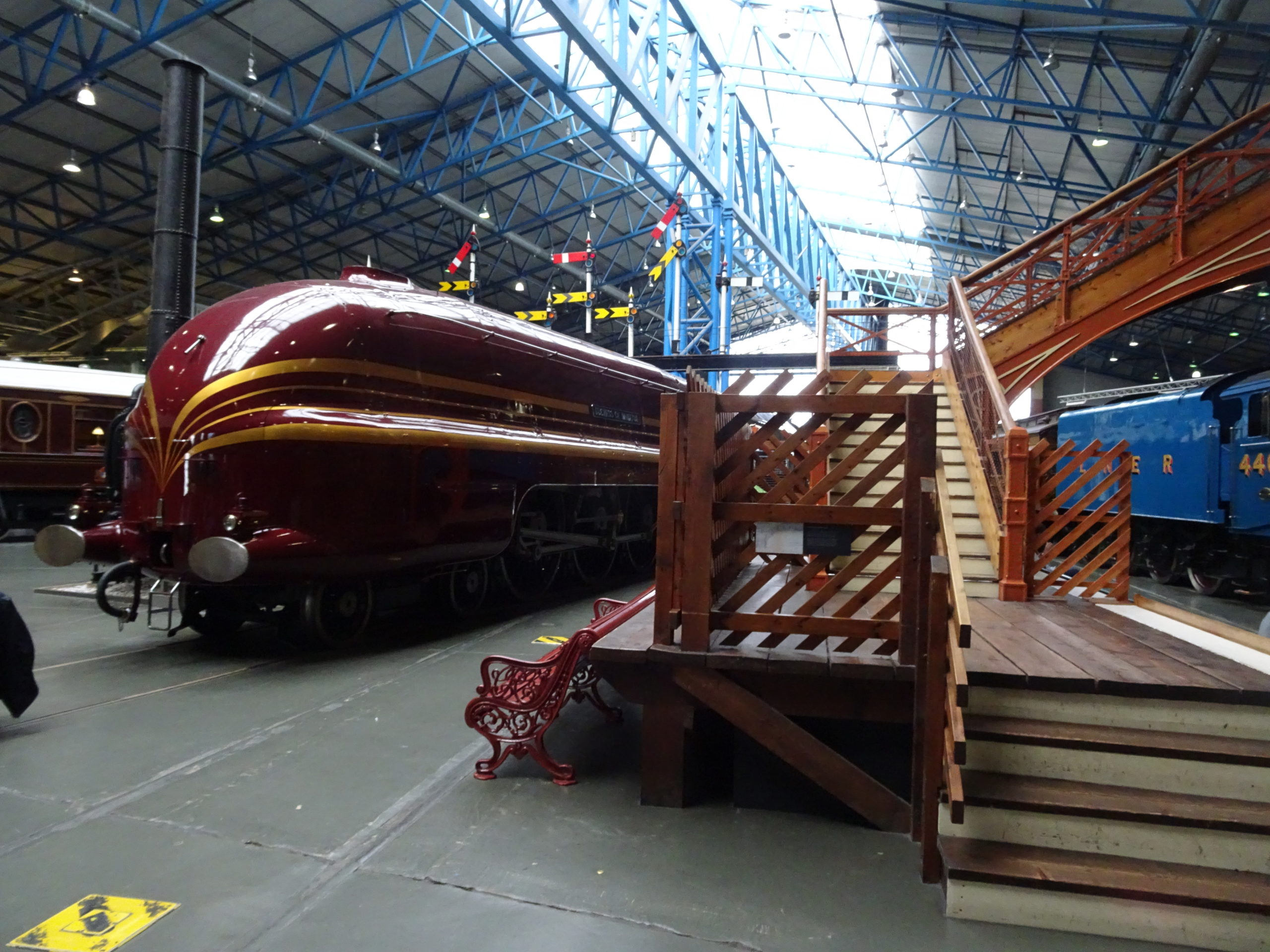 The government funded £18m transformation of the National Railway Museum will include a new gallery and exhibition spaces, improved accessibility and the restoration of heritage buildings. Eventually both halves of the museum will be linked and provided with a smart new entrance. The museum would like to think of it’s self  as become the cultural hub of York Central.

Between lock downs I managed to visit the museum with a grandson. The exhibits were sparkling and the social distancing well managed. To get to and from home we needed four trains that all ran to schedule without fuss or bother. 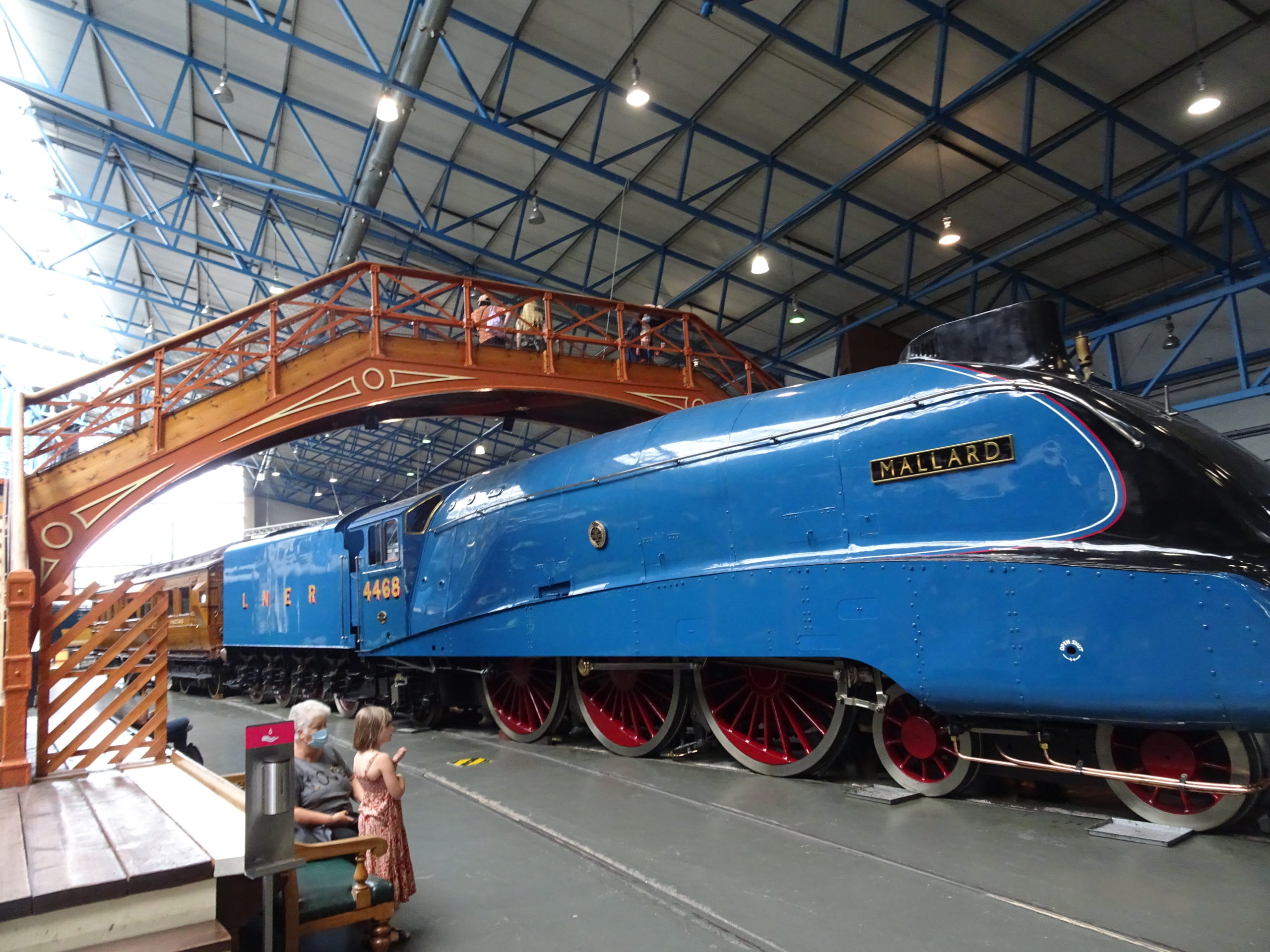 From Mytholmroyd to The British Library

The British Library is another institution that is letting down the silent majority and failing to focus on its prime purpose as a ‘legal deposit library’. It should facilitate research from the published works it maintains in London and Boston Spa North Yorkshire not be conducting its own slanted research. How do public bodies establish the right to extend the boundaries of their remit.

Why has the library commissioned a ‘slavery dossier’ as part of the work to make the it ‘anti racist’. How incompetent to name Lord Byron, Oscar Wild, George Orwell and Ted Hughes linked via his ancestor, as being ‘deeply involved’ with a slavery company. It has rightly led to an apology to the former Poet Laureate widow. Perhaps it should also apologise to the public who pay the wages of the organisation to maintain the British Librarys reputation and legacy of scholarship and uncensored thinking.

Posted in Books Club & Literary Work, Yorkshire Arts & Music | Comments Off on From Mytholmroyd to The British Library
We use cookies on our website to collect relevant data to enhance your visit.