Wonderful but Ruined Abbeys of Yorkshire

What did Henry VIII ever do for Yorkshire’s Abbeys?
In our series of seven man made wonders of Yorkshire our great Abbeys did not always get full recognition. This goes some way to highlight the 12th Century and subsequent buildings that Yorkshire now proudly displays as tourist attractions with added tudor history! 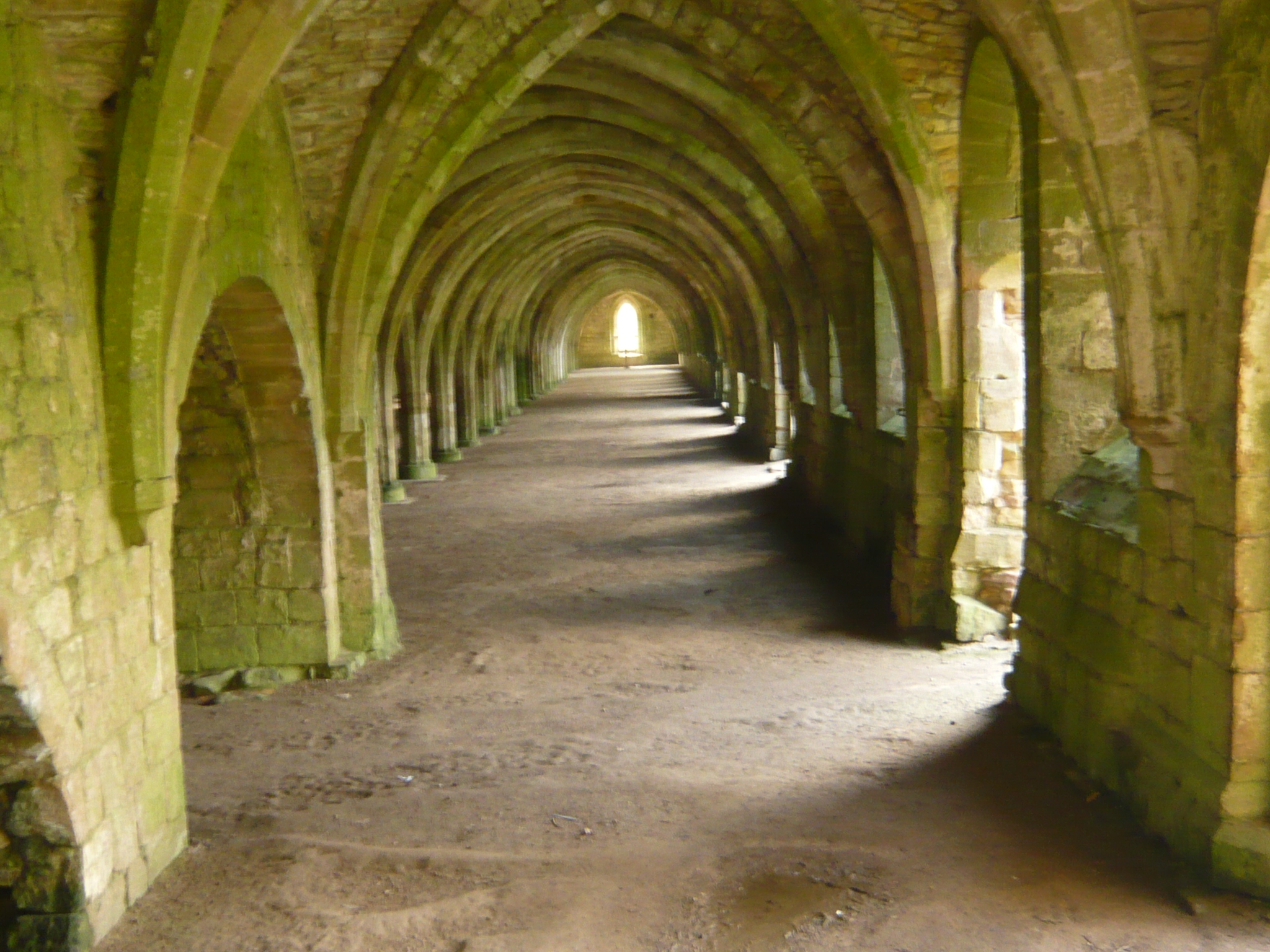 Fountains Abbey
Walking through the landscaped Georgian water garden of Studley Royal, complete with neo-classical statues, follies and breathtaking views the magnificent 12th-century abbey ruins will enrapture the first time visitor.
A dispute and riot at St Mary’s Abbey in York during the late 11th century led to the founding of Fountains Abbey by the River Skell in 1132. After pleading unsuccessfully to return to the early 6th century Rule of St Benedict, 13 monks were exiled and taken into the protection of Thurstan, Archbishop of York and the austere Cistercian Order.

Other features to include on your visit to this World Heritage site include Victorian St Mary’s church and the Reading Room in Elizabethan Fountains Hall. Studely park has picnic facilities and herds of deer to watch in this idylic environment.
For more on the seven man made wonder that is Fountains Abbey 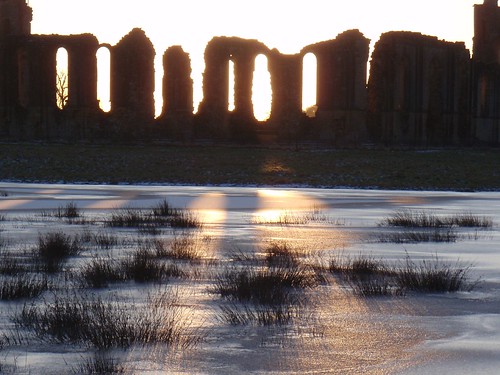 Thw abbey is situated in a quiet spot between Thirsk and Helmsley. There is now a museum that displays colourful visitor information panels together with archaeological finds from the site. 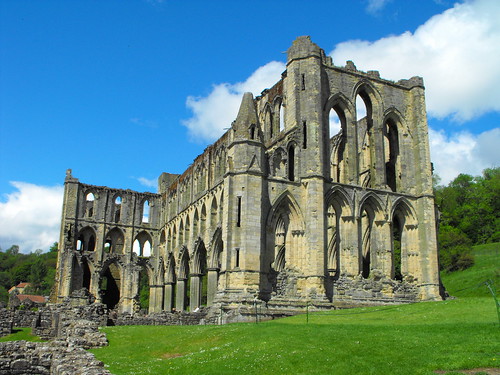 Rievaulx Abbey was founded by St Bernard of Clairvaux in 1132 and became one of England’s wealthiest monasteries before its dissolution by King Henry VIII in 1538. Rievaulx is a former Cistercian Abbey located in the village of the same name on the Yorkshire Moors. It is now maintained by English Heritage and second only to Fountains Abbey.
The abbey lies near Helmsley in a wooded dale by the River Rye sheltered by hills

Jervaulx was not the first monastic house in the Ure valley. An earlier monastery was established at nearby Fors but the land there was poor and so it was moved to its present site. At the height of its prosperity the abbey owned half of the valley and was renowned for breeding horses, Founded in 1156, Jervaulx was a Cistercian abbey and the daughter house of the abbey at Byland 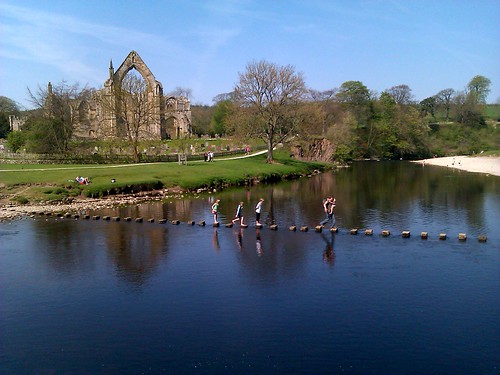 Bolton Abbey was technically a priory, despite its name. It was relocated from Embsay and refounded in 1154 by the Augustinian order, on the banks of the River Wharfe. The land at Bolton was given to the order by Lady Alice de Romille of Skipton Castle in 1154.
In the early 14th century Scottish raiders caused the temporary abandonment of the site and serious structural damage to the priory. However the Priory Church of St. Mary and St. Cuthbert is still a living Church within the historic ruins of the former Augustinian Priory. 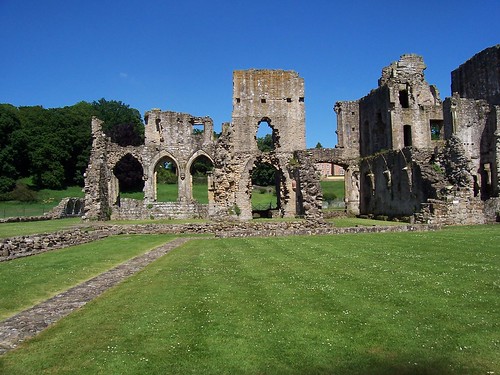 The Premonstratensian ‘white canons’ started the abbey in 1155 around the existing church of St Agatha. The pre-gothic doorway still exists as part of the ruins.
The tomb recesses in the north nave chapel wall is probably for the Scrope family the benefactors of the 14th century rebuilding. More information on this family is contained on a parclose screen in Wensley church.
There are stone benches in the rectangular chapter house and a large east window inserted in the 15th Century.
Henry VIII caused the abbey to be abandoned and fall into ruins. Some of the best features were salvaged including the canopied choir stalls that are now found in Richmond parish church.
Easby Abbey is set in a beautiful area by the River Swale. It can easily be reached via a pleasant walk from Richmond Castle.

Roche Abbey has one of the most complete ground plans of any English Cistercian monastery. The early Gothic transepts of this Cistercian monastery still survive to their original height and are ranked in importance with the finest early Gothic architecture.
The abbey is beautifully set near Maltby in a Rotherham valley that was landscaped by ‘Capability’ Brown in the 18th Century. 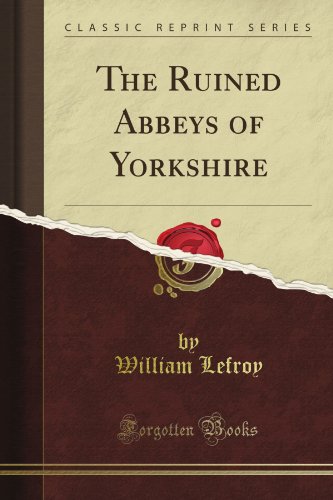 The Ruined Abbeys of Yorkshire (Classic Reprint) by William Lefroy

This entry was posted in Seven Wonders of Yorkshire, Yorkshire History and Heritage. Bookmark the permalink.