We are not a war like race but Yorkshire folk have long stood up for what is right. Sometimes it has been necessary to stand inside a castle to repel t’other side and here is a selection of Yorkshire Castles. All are worth a visit and repay a bit of study of their history.

Scarborough Castle
The headland was a signaling station from the 4th century and used by Romans as part of their coastal defences.
The unauthorised castle was built by William le Gross in the 12th century and rebuilt by Henry III.
George Fox the founder of the Quakers was imprisoned in the castle in 1665.
The castle was in use until bombed by the Germans during World War I.

Skipton Castle
This was a fortified house and is in a good state of repair. The open sections date from 12th century.
From the 14th century the Clifford family took up residence. After it was seiged and damaged during the civil war Lady Anne Clifford restored the castle.
There are a large number of doors leading from the courtyard and children like to play in the area.
The church of Holy Trinity has a slab giving the Clifford genealogy and this is also worth a visit. 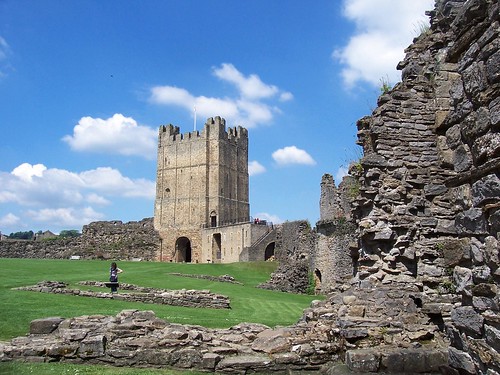 Richmond Castle
The castle is the oldest stone built castle in England which is maintained and owned by English heritage.
The remains are of a Norman castle the building of which commenced 1071 overlooking the river Swale.
The keep was added to the castle in the 12th centurywith walls of an amazing eleven feet thick.
The castle keep rises to a height of over 100 feet and can be seen from many local vantage points.
During World War I the detention cells were used to house conscientious objectors. 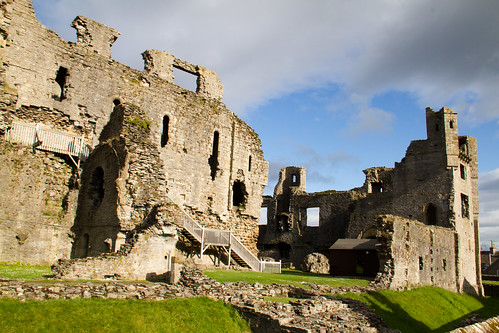 Middleham Castle
Built to replace a motte and bailey castle formerly on William’s Hill, Middleham castle was built in 12th century. A chaple was added in the 13th century with other additions through to 15th century.
Richard III was based at the castle when it was used as part of the government for Northern England. 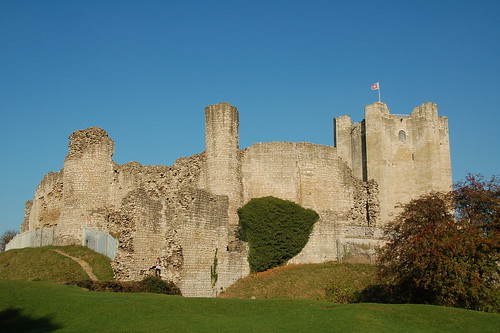 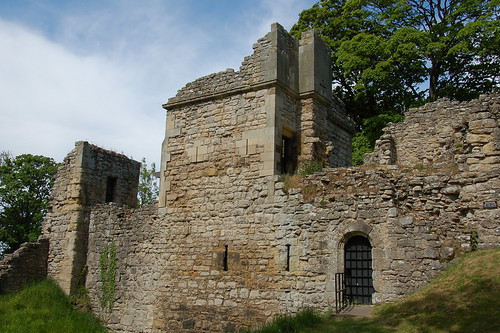 Pickering Castle
Visit Pickering via the North Yoork Moors Steam railway to start your historic trip.
The castle was started in the 11th century and wooden palisades were replaced during the 1220’s
The 15th century gatehouse is now a ruin but the Diate Hill and Rosamund’s towers can be seen with a postern gate to the inner bailey.
St Peter & St Paul church provides a historical backdrop to the castle and Pickering. 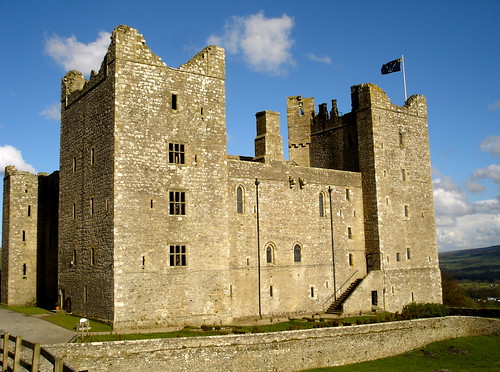 Bolton Castle
Started in 1379 Bolton Castle near Hawes in Wensleydale was a more comfortable castle than earlier designs. It is now one of the best UK examples of 14th century architecture in a secular building.
Mary Queen of Scots was imprisoned at Bolton in 1568.

This entry was posted in Seven Wonders of Yorkshire, Yorkshire Trips and Places. Bookmark the permalink.

One Response to Seven Yorkshire Castles