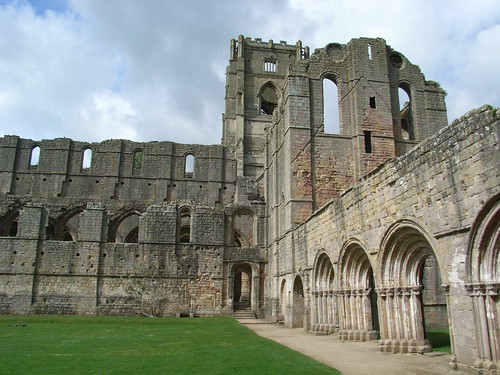 Our World Heritage Site at Fountains Abbey is the UK’s largest monastic ruin and a fine start to our seven wonders of Yorkshire. It is the most complete example of Cistercian abbey remains in the country.

A riot at St Mary’s Abbey in York led to the founding of Fountains Abbey in 1132. After pleading unsuccessfully to return to a more devout form of worship based on 6th century Rule of St Benedict, 13 monks were exiled and taken into the protection of the then Archbishop of York. He provided them with a site in the valley of the little River Skell described as a place “more fit for wild beasts than men to inhabit”.

Fountains Abbey thrived and the economic power was felt far and wide with activities including farming, lead mining, quarrying and horse breeding. I bet the monks never thought of tourism that is today’s main activity alongside a herd of deer. Then a series of mishaps including bad harvests, Scots raids, and the Black Death exacerbated by the effects of financial mismanagement saw a significant downturn in the abbeys fortunes. By the time of Henry VIII and the dissolution of the monasteries in the 16th Century the abbey started to loose its power.

In 1767 the ruins were sold to William Aislabie, who landscaped the site and added a folly and improved water gardens that form the basis for Studley Royal.
The man made building and rebuilding over the centuries has resulted in a mosaic of architectural styles.
To become a world heritage site Fountains abbey displayed the criteria of being ‘a masterpiece of human creative genius, and an outstanding example of a type of building or architectural or technological ensemble or landscape which illustrates significant stages in human history’. 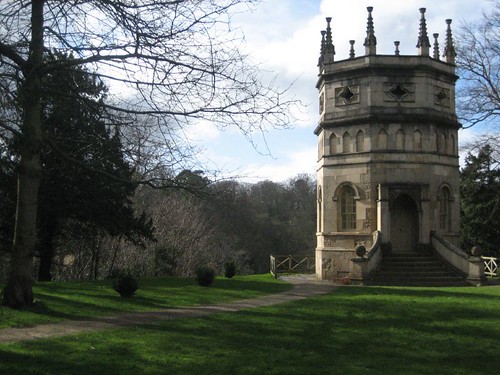 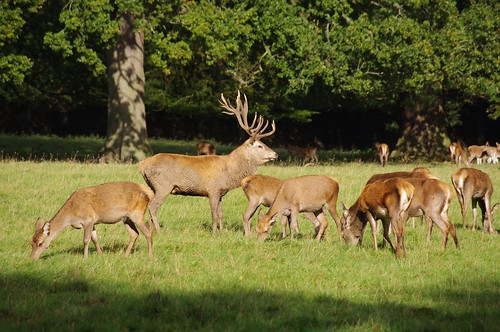 This entry was posted in Seven Wonders of Yorkshire, Yorkshire Trips and Places. Bookmark the permalink.