The Ridings are still with us but a little support from Yorkshire folk will keep them fresh and in the minds of this and future generations. The ‘Yorkshire Ridings Society’ is doing just that from every angle of the Yorkshire Ridings (I tried to avoid saying corner). The society also created Yorkshire Day celebrated on 1st August every year and for those reasons and the £5 membership it seem worth joining. More information on the Society can be found on the web site and in the article below reproduced with their permission. 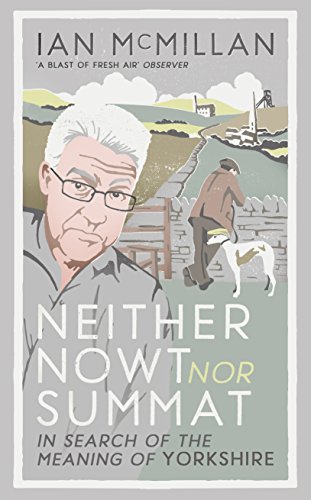 THE FACTS OF THE MATTER
Though many people are unaware …. it is a fact that the Ridings of Yorkshire were not abolished by local government changes. Neither the Parliamentary Act of 1974 nor 1992 had any effect on them. Governments, legal experts and many other reputable bodies all agree. This is not an accident. Parliament has repeatedly decided over the last two centuries to separate local government and the traditional counties.

ORIGINS AND NAMES
The counties developed in different ways in different parts of Britain. The Ridings of Yorkshire are amongst the earliest. The first recorded reference to the Ridings appears in the Anglo Saxon Chronicles of 876, nine years after the Viking conquest of the area. But some parts of the boundaries can be traced to 735 and may go back to Roman times. Riding is probably derived from a Norse word meaning a third part. It may come from an Old English origin meaning a thirding. Actually, Yorkshire has four parts since the ancient City of York (within the walls) is in no Riding.

August 1st was chosen as it has special significance in the County’s history. On this date in 1759, soldiers in Yorkshire regiments who had fought in the battle of Minden in Germany, picked roses from the nearby fields as a tribute to their fallen comrades. Since then a number of Yorkshire regiments wear white roses on August 1st to commemorate the events of the day and the heroic deeds of their Yorkshire ancestors.

WIDER IMPLICATIONS
Through the good offices of TV personality and Astrologer Russell Grant the Society, in 1995, linked up with a number of similar organisations in other traditional Counties throughout the UK and formed the Association of British Counties. Now several other counties have their own days. These include Middlesex, Pembrokeshire, Huntingdonshire, Rutland and even Lancashire (November 27th).

Every year since 1975 the Society has sold silk white roses to be worn on Yorkshire Day and has donated the proceeds to Yorkshire charities. In addition members of the Society go to York each year and read the Declaration of Integrity proclaiming the continued presence of the Ridings and the City at Micklegate Bar (West Riding), Bootham bar (North Riding), inside Monk Bar (City of York) and at Walmgate Bar (East Riding). The Declaration is normally read in the four languages spoken in Yorkshire since 876, Old Norse, Old English, Latin and Modern English

The readings commence at the time that coincides with the number of years since the first recorded reference to the Ridings in the year 876. This year it will be 11.31am, next year 11.32am. This time takes into account changes in the calendar, which took place at one time.

The Society’s North Riding Group was formed in 1997 and has since then read the Declaration in Redcar and other local towns each year. They have raised over £5000 for local charities and this year have decided to donate the proceeds from the sales of white roses to the Redcar Lifeboat. A huge cheer normally follows the reading of each sentence and the ceremony usually ends with a rousing chorus of the Yorkshire Anthem, Ilkley Moor bart ‘at.

Keep Up the Good Work!
The Yorkshire flag was photographed by Al Green in 2007.
Being a thrifty Yorkshireman I will wait until 1st August to join The Yorkshire Ridings Society for the new year 2009/10

This volume covers an administrative area the boundaries of which remained virtually unchanged from Viking times until the late twentieth century. From 1974 until 1997 the East Riding was partitioned between the two non- Metropolitan Counties of North Yorkshire and of Humberside, but the latest reorganization has placed most of the area in East Yorkshire. The City of York has been transferred to North Yorkshire, but some places now within that city but formerly in Ainsty Wapentake are discussed in Part IV of The Place-Names of the West Riding of Yorkshire. The editor notes a particular problem in the study of East Riding places and their names, namely the washing away of villages along the Humber and the North Sea coast, complicated further by the appearance of new stretches of alluvial deposits, exemplified by Ravenser Odd and Sunk Island.