Welcome to Baildon – Views and Walks 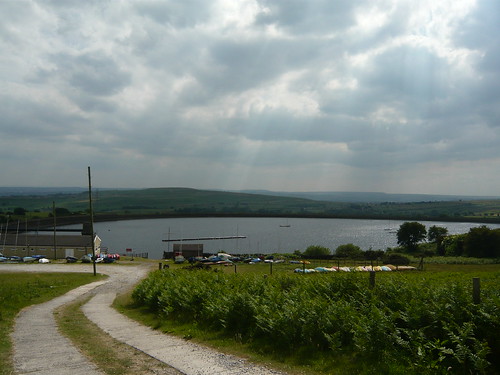 The sun shines on the righteous and no more so than on the edge of Rombolds Ilkley Moor.
Walking across the moor from Ilkley you get great views of the Aire Valley as you crest the final ridge above Dick Hudsons. Over to the left is a view of Baildon with its own moorscape.  If you cross from Ilkley on the northern ridge heading west parallel to the Wharfe Valley you will then get a view of Riva reservoir and Baildon again.

The community in Baildon have a good tradition of walking and have published a series of leaflets using Baildonwiki:

5000 years ago Baildon was equally popular with locals who carved Cup and Rings on the local grit stone. The Heygate stone can be seen in Brackenhall countryside museum and there is a full report on Stone Pages ‘The stones are all part of a nationally important cluster of carved rocks across the district taking in Rombalds Moor and its internationally known Panorama stones and Swastika rock at Ilkley’.

St James is a white painted tongue and goove timber church and a Grade II listed building. It was originally was moved to Baildon from Great Warley, Essex in 1905 by the retiring vicar. My daughter was christened in the church in Baildon and has since moved to Essex (she didn’t know when she was onto a good Yorkshire thing).

Shipley Glen Tramway is the oldest working cable tramway in Great Britain dating from 1895. The tram can take you a quarter-mile up the woodland ride to get from Baildon Green and Saltaire to the edge of Baildon Moor.

The friends of Baildon Moor have there own website as does the Village.

One Response to Welcome to Baildon – Views and Walks