This weekend it was the 150 year celebration of the opening of the railway at Otley in West Yorkshire. Unfortunately it was also exactly 50 years since Dr Beeching took an axe to the line.

Still York retains its facilities and is the focus of our national pride in our predominantly Victorian railways.

History, York and Railways go together almost like fish, chips and mushy peas. Well the Railway station designed by Thomas Prosser and William Peachey in yellow stock brick with tone dressings, in a classical Italianate style must have been food for thought when it was opened in 1877.

At that time it was the Largest Railway Station in the World with 13 platforms and the marvelous glazed arching roof. All the platforms except 9/10/11 are under the large, curved, glass and iron roof. This North Eastern Railway building was the third station to be built in York as the first was opened in 1839 by the York and North Midland Railway on land previously occupied by a Hospital for Poor Women. Then it was developed by a second station built within the shell of the first by George Townsend Andrews in 1840 almost in time to coincide with the new postage stamp.

Another world first for York Railway station was the incorporation of a hotel within the buildings. Royal Station Hotel was named after Queen Victoria who reputedly had lunched there on her way by train to her Scottish estate at Balmoral Castle. The arrivals platform had a refreshment stand and there was an office for George Hudson. 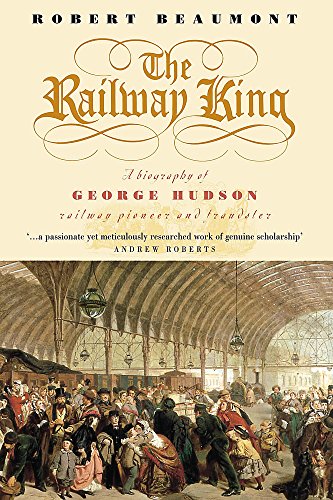 George Hudson was born at Howsham, in the parish of Scrayingham in the East Riding of Yorkshire, between York and Malton on Monday the 10th March 1800. He became an investor and promoter of many railway projects particularly the North Midland Railway and the Great Northern Railway that built a link from York to Newcastle. These projects need a lot of workers and many of these new labourers were Irish Catholics who formed a new settlement group in York in the Walmgate area.
Hudson invested heavilly and there were a great deal of politics and some strong competiton and he lost most of his money. In 1865 hefailed to pay his debts and ended in York Castle as a debtor. Friends raised the money to get him out.
His story ‘The Railway King: A Biography of George Hudson, Railway Pioneer and Fraudster’ provides an insight into 19th-century politics and industrial progress full of moral dilemmas and  a testimony to the growth of the railways in Britain.

York University is the home of The Institute of Railway Studies & Transport History founded in 1995.  The Institute is located on the campus of the University of York and at the National Railway Museum, York.

This entry was posted in Yorkshire Facts - Interesting and Unusual, Yorkshire Folk, Yorkshire History and Heritage. Bookmark the permalink.