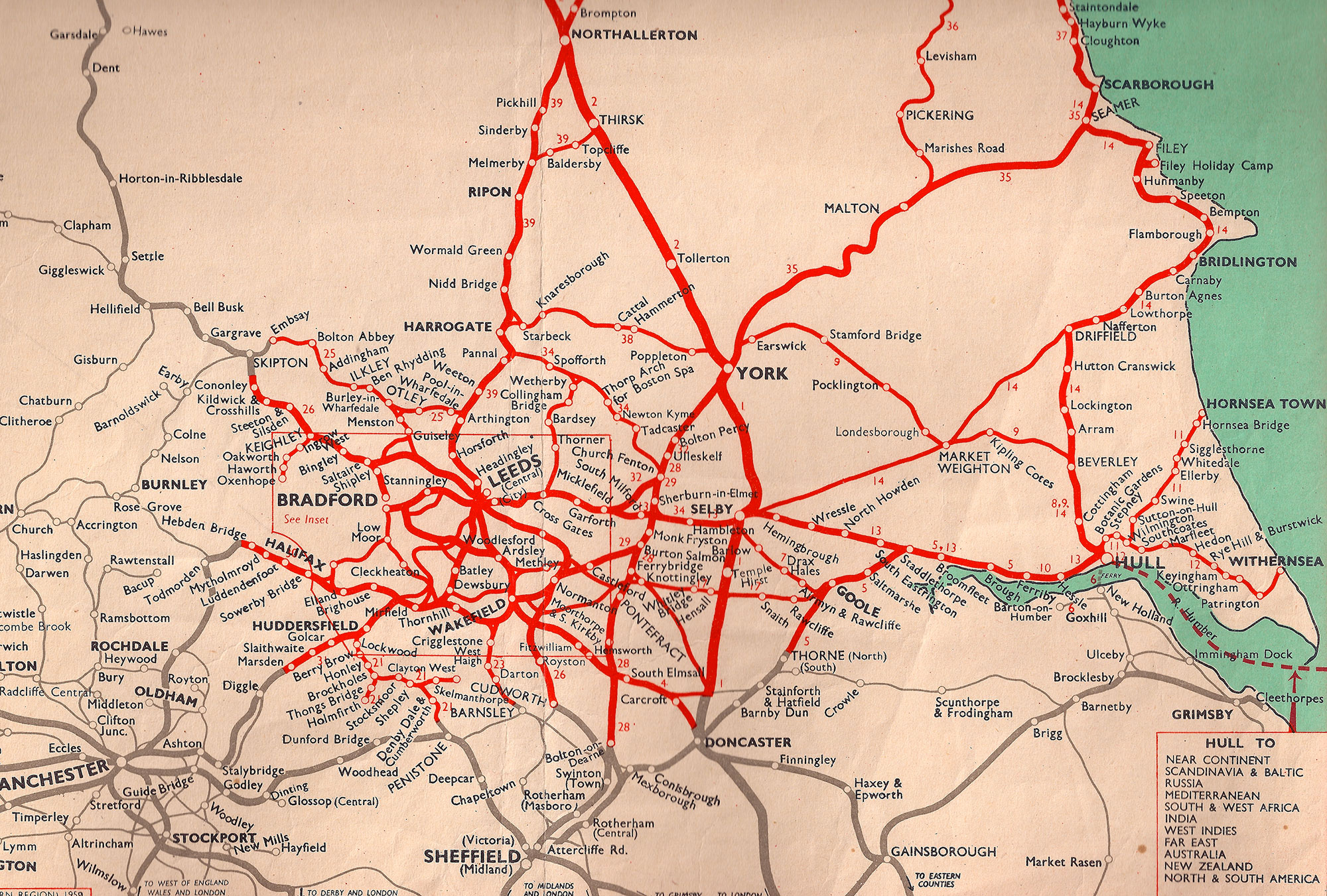 This is a map of Yorkshire railways was issued by British Rail in 1959. It shows a wonderful network of railways, some of which have sadly been lost. In particular, the Beeching cuts of the 1960s, saw a closure of lines and stations such as Otley, Ripon, Market Weighton. 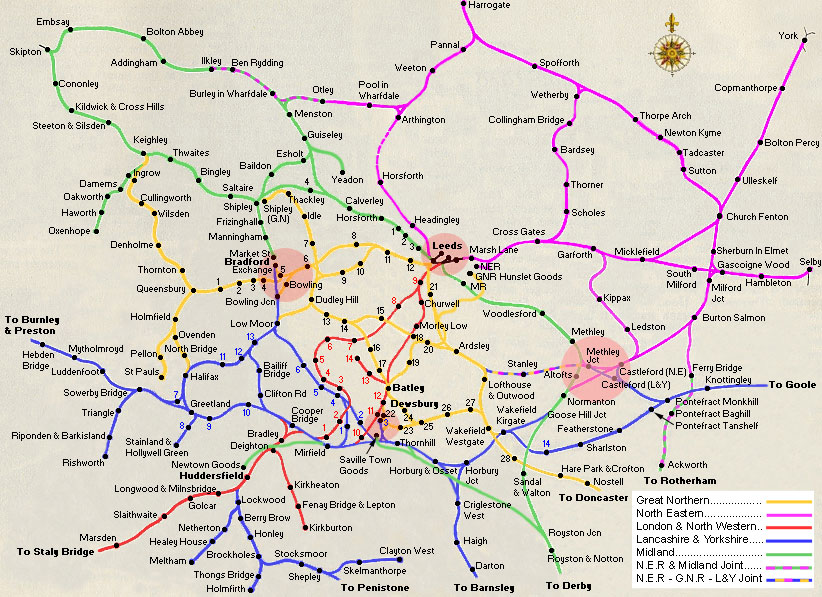 Interesting to see how many more stations there were. Even on existing lines, many stations have been closed down for example, Manningham – near Bradford, Esholt, Kildwick and Cross Hills. This really was the generation when train travel was the main form of transport.
Source: Lost Railways West Yorks – for more fascinating maps of Yorkshire. 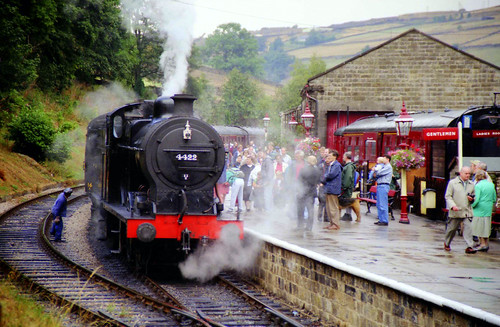 Keighley and Worth Valley Railway by Belkin 59

Some lines have been maintained by enthusiasts. These include the Keighley and Worth Valley Railway, Embsay to Bolton Abbey and parts of the North York Moor railways. 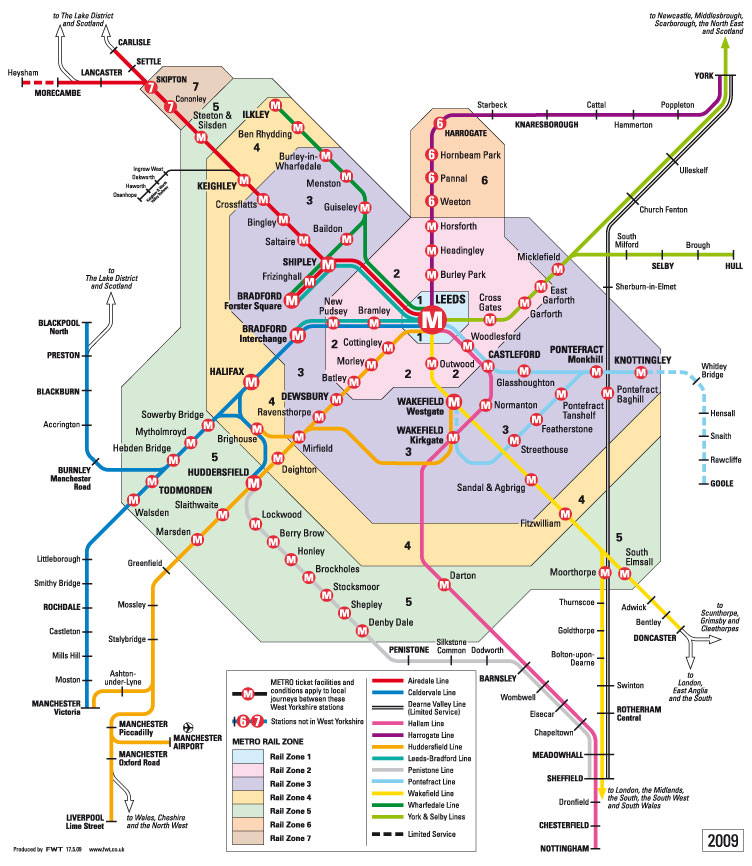 This entry was posted in Transport and Travel and tagged maps. Bookmark the permalink.

One Response to Railway Map of Yorkshire