Clogs Get Morris Dancing in Otley

The Buttercross Belles will likely be performing at the Otley Folk Festival 17th – 20th Septermber in Otley. Dust off your clogs or better still pop down and support your local side. There will be several sides from as far afield as Abredeen and Exeter. Below is a look at the local Otley based action. 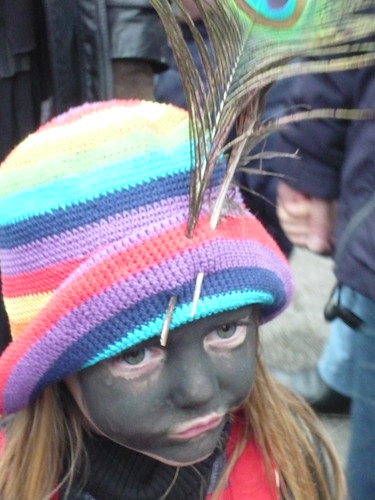 Flash Company
Flash company famous for border, molly, appalachian and clog dancing, the Flash Company were formed 12 years ago from musicians and dancers from all walks of life. ‘Many had danced traditional Morris for many years and wanted to update the tradition to bring it to a new audience in a manner that people could relate to.
In order to do this, we have taken some ‘traditional’ dances and also written several of our own but perform them to more modern music, such as blues, jazz and rock and roll.
In no way is this meant to detract from the traditional teams that exist all over the world.’ 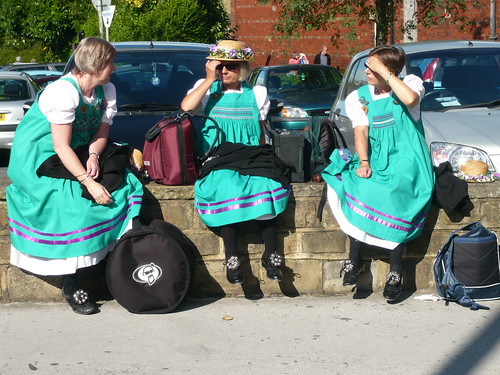 The Kitchen Taps
The Kitchen Taps also come from Otley and perform traditional Appalachian Dance to authentic Bluegrass and Mountain music.
They are well know for their lively and intricate routines, and have performed at festivals up and down the country for over 15 years. ‘The dancers are backed by their 4 piece band who play a range of bluegrass and old time music on traditional instruments. They are rightly proud of their complex, foot tapping tunes.’

Wharfedale Wayzgoose
Wharfedale Wayzgoose ‘Otley’s one and only mixed Border Morris side was founded in 1993 and first burst onto the public stage on May 1st 1994. Since then the side has grown in numbers and they have attended many major folk festivals throughout England, dancing with sides from all over England and the USA, Australia, Romania and France.
The side have traveled widely and been hailed as “true ambassadors of Morris” by the Open Morris (but the committee were drunk at the time!).
From dancing in a cellar, never far from a barrel of beer, the side grew and a bigger venue was needed, not to mention a bigger barrel of beer.’ 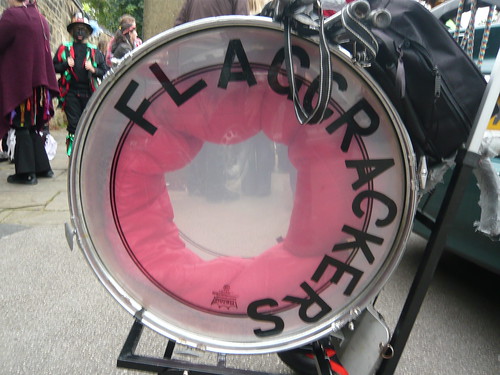 Drum up some enthusiasm for this typical Yorkshire pastime.