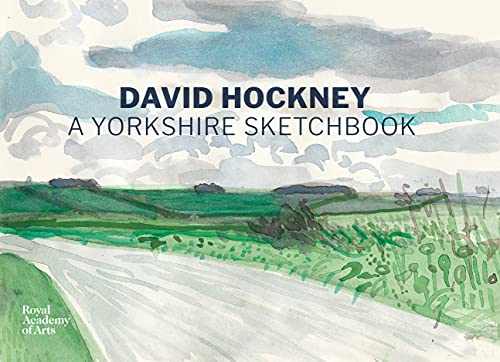 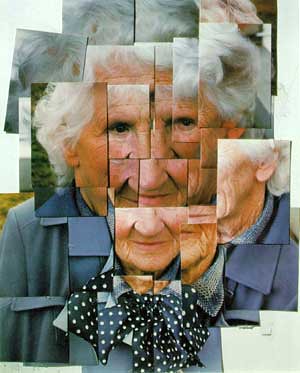 This representation of David Hockney’s work reflects many of his interests and insights.
His mother Laura is the central theme as she remained throughout her life.
The photo-collage method was created in the 1980 whist David was touring America and his collages of the Grand Canyon and Zion Canyon, Utah are on display at Salts Mill Saltaire.
These collages challenge conventional ways of looking at art and are just one of the innovations David has brought to the public’s attention. David has been keen to engage with his audiences in colourful and communicative ways. 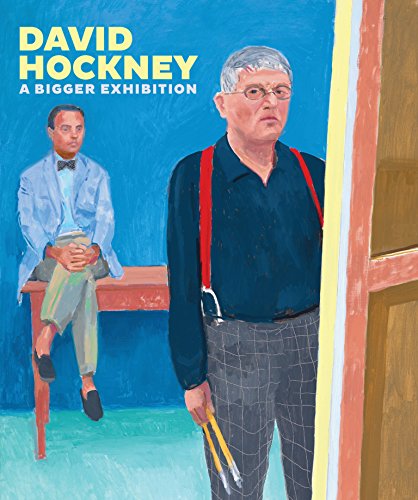 Hockney’s largest painting, ‘Bigger Trees Near Warter’, which measures 15’x40′, was hung in the Royal Academy’s largest gallery in their annual Summer Exhibition 2007. It is currently on display at York Art Gallery until 12 June 2011.
The work is the largest David has produced and “is a monumental-scale view of a coppice in Hockney’s native Yorkshire, between Bridlington and York. It was painted on 50 individual canvases, mostly working in situ, over five weeks last winter.”
In 2008, he donated this work to the Tate Gallery in London, saying: “I thought if I’m going to give something to the Tate I want to give them something really good. It’s going to be here for a while. I don’t want to give things I’m not too proud of…I thought this was a good painting because it’s of England…it seems like a good thing to do” The Times

Hockney’s Garrow Hill is a depiction of the rolling Yorkshire Moors, streams and patchwork fields. It will be used at the Chelsea Flowers show by Kate Dundas and Esther Kilner as the inspiration for their garden exhibit.

Art in Yorkshire is a  celebration in 19 galleries throughout Yorkshire of works from the Tate collections.

The Hockney Gallery in Saltaire has many works on display and a large range of products available to purchase. I particularly like the early opera sets on the top floor.