On Top of Ilkley 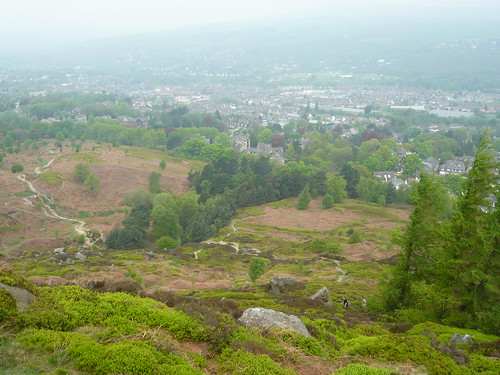 During the hot spell of April 2011 Ilkley was been a top spot to walk and sunbathe. Following the wet winter 5 year later the moor is very squelchy but still a place for a good top notch walk.

To get on top of Ilkley you need to be prepared for a bit of a climb. The town is at river level as you would expect with the River Wharfe running just below the church and main street.

Places on Top of Ilkley 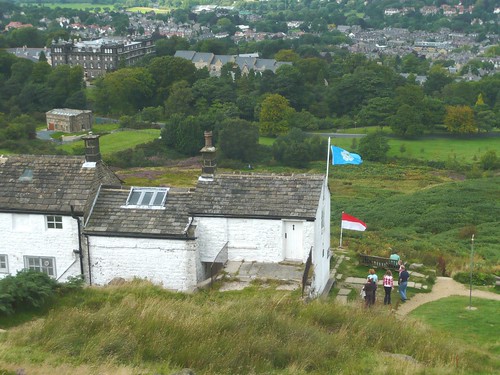 Looking down on White Wells and Ilkley from Gill Head. The Twelve Apostles stone circle is just over the brow after walking from Dick Hudsons the pub that should be called the Fleece.

The houses you can see on Parish Ghyll Drive are on the 17th most expensive street in Yorkshire with the average home costing £573,000 according to research by Lloyds TSB in January. The top ranked street in Yorkshire, on top of Ilkley, is Bracken Park, Scarcroft, in Leeds, where the average home costs £871,000.
It struck me as a nice end of day shot to round off a walk on top of Ilkley Moor.