Why there are Ghosts at Clifford’s Tower 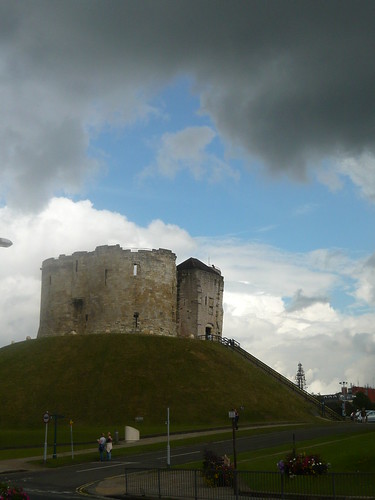 The original wooden castle keep in York was destroyed by fire in 1069 by locals unhappy with William the Conqueror but it was rebuilt again also in wood.

A more bloody event took place 100 years later. According to the inscription on a commemorative tablet:-
‘On the night of Friday 16 March 1190 some 150 Jews and Jewesses of York having sought protection in the Royal Castle on this site from a mob incited by Richard Malebisse and others chose to die at each other’s hands rather than renounce their faith.’ As the few survivors exited the keep the following day they were set upon and killed by the besiegers and angry mob that they had feared. The protection the Jews had had from Henry ll was dramatically diminished under Richard l for whom they had to contribute ransom money.

In the thirteenth century the keep was rebuilt in stone and later became known as Clifford’s Tower after Roger de Clifford, who was executed by Edward II for treason in 1322. Clifford was reputedly hanged in chains from the walls of the tower until dead. Enough to create a ghastly ghost.

If you take one of the several ghost walks available then you will be regaled by further tales of the walls running red with blood on certain anniversaries. Charred wooden beams have been recovered from deep in the ground as evidence of the early death by fire and this also contributes to the ghost tellers tales. For 5 more ghost tales read Ghosts of York 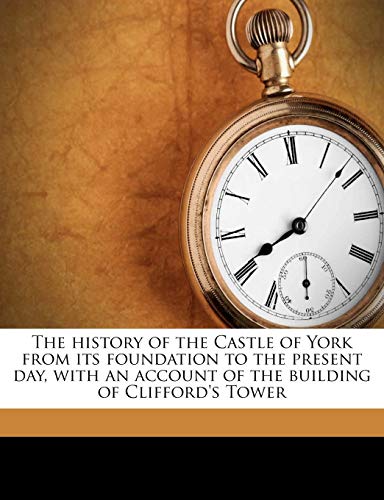 The History of the Castle of York from Its Foundation to the Present Day, with an Account of the Building of Clifford’s Tower by Thomas Parso Cooper

This is a reproduction of a book published before 1923 and that seems to becoming a norm for republishing old books by digitisation,. There are many other books about ghosts at Clifford’s Castle and The Diaries of Lady Anne Clifford on amazon.

One Response to Why there are Ghosts at Clifford’s Tower