What They Teach in Bradford History Classes 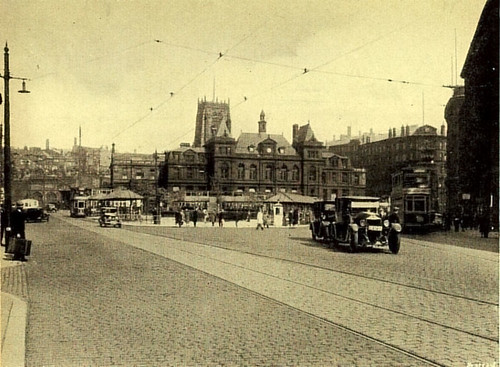 A good Yorkshire education began with a Bradford wool merchant and Member of Parliament for Bradford in 1861. William Edward Forster was the son of a Quaker who was active in the anti slavery movement.

W E Forster moved to Bradford into premises that were eventually to become Swan Arcade sadly demolished. The business at Waterloo mills employed over 500 at it’s peak and W E Forster organised reading facilities and education classes for his workers that included children aged eight. The workers even enjoyed a ‘works trip’ to London from Apperley Bridge railway station when W E F was elected as a Member of Parliament.
In 1850 with his partner he purchase two cotton mills at Burley in Wharfedale and converted Greenholme Mills into a worsted manufacturer also employing upwards of 500 people. 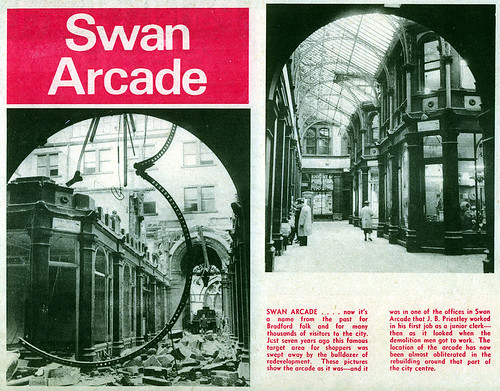 After the 1868 General Election, William Gladstone appointed Forster as Vice-President of the Committee of Council on Education. Forster therefore had responsibility for carrying through the House of Commons the 1870 Education Act. This role had the responsibility of providing some form of education for the hordes of industrial towns children who were not catered for before the act came into force. He set up school boards who had to make provision for schools in their area. Thus he earned the right to be called the father of universal elementary education.
It is for education that W E Forster is best known and he had Braford’s Forster Square and subsequently the Midland railway station named in his honour. 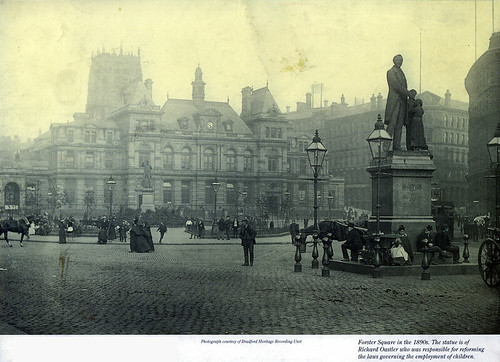 From 1880 he was chief secretary for Ireland, and worked tirelessly on the Compensation for Disturbance Bill a task was made more difficult by the agitation which arose in consequence. ‘During the gloomy autumn and winter of 1880-81 Forster’s energy and devotion in grappling with the situation in Ireland were indefatigable, his labor was enormous, and the personal risks he ran were many: but he enjoyed the Irish character in spite of all obstacles, and inspired genuine admiration in all his coadjutors. On the 24th of January 1881 he introduced a new Coercion Bill in the House of Commons, to deal with the growth of the Land League.’ Read more about Home Rule for Ireland and Forsters part in the process.

W E Forster died in 1886, on the eve of the introduction of the Home Rule Bill, to which he was stoutly opposed and is buried in God’s Little Acre at Burlay in Wharfedale. 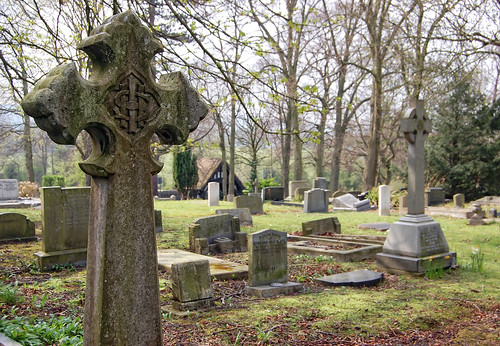 ‘This looks like it may be a Victorian municipal graveyard. Its name is “God’s Acre Cemetery” and it is situated just north of Menston. There are a couple of churches in the vicinity but nothing immediately nearby. It’s a very pretty place.’

This entry was posted in Photos, Yorkshire History and Heritage. Bookmark the permalink.