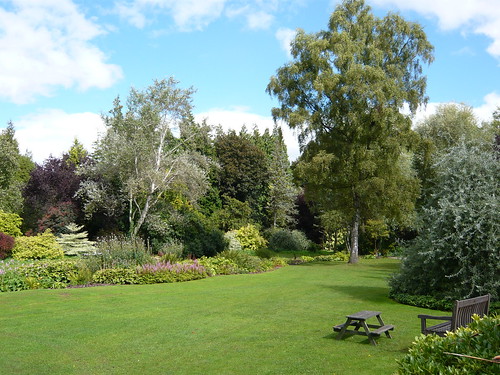 Botanical tree gardens seem to thrive in North Yorkshire where we have the Kew Arboretum at Castle Howard and a replanted arboretum at Burton Constable. However one of the best Arboreta in Europe is Thorp Perrow,   just a few miles from Bedale and the A1. Thorp Perrow for me is better than Westonbirt  in Gloucestershire for variety, layout and the availability of information.  I bought a catalogue for less than £4 listing and positioning 2400 different tree species together with maps and  location within the arboretum, common names and origin of many of the other 15,000 trees.

Trees from the 16th and 17th Centuries include the impressively named  ‘Catherine Parr Oak’ whilst a young oak was planted for George V’s  Jubilee. There is an old saying about oaks living for 900 years, ‘300 years a growing,  300 years a staying and 300 years a dying.’   The Pinetum was planted around 1850’s during the ownership of Lady Augusta Milbank. Most of the more recent development took place during the life of the then owner Colonel Sir Leonard Roper 1895-1977.

In keeping with the traditions of a botanic garden there are several National Plant Collections (NCCPG)  including Ash, Lime, Walnut, Laburnum and Cotinus . The range of hydrangeas exceeds 60 varieties and is worth a visit on their own.
There is a Bark Park that I missed and must go back to see, Holly Glades, Autumn bays and Acer glades that look brilliant in the late summer sunshine. 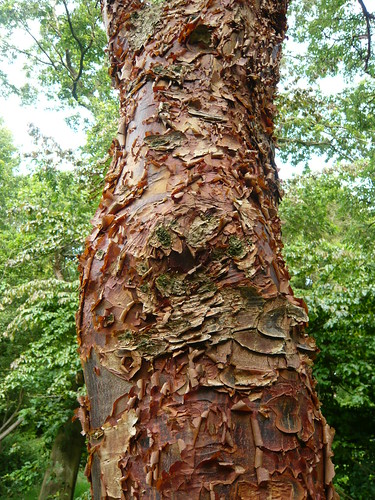 I first visited in 2009 and have revisited in 2012. Not surprisingly the lay our and content is virtually the same. Most trees are three year older but when you are already a champion tree that will not say much.
The Bark park area is developing nicely and there are some great barks to see on trees in other areas. Next time I will come in winter when the bark will really stand out.
I will also be able to see more lables and relate them to the comprehensive catalogue. 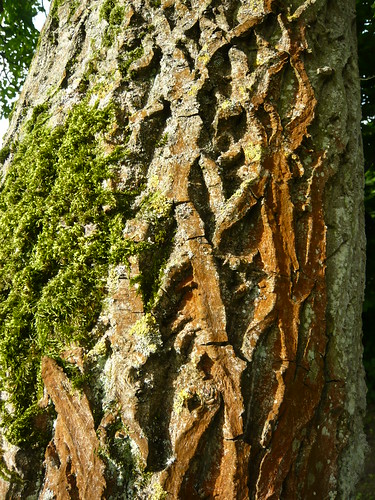 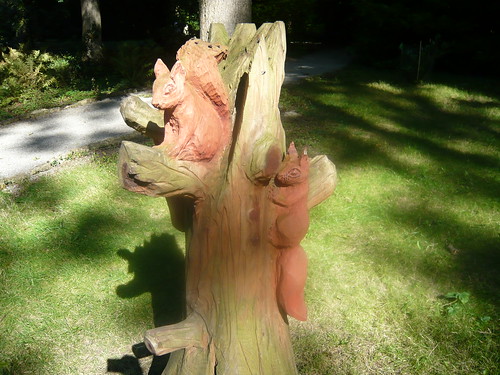 There is a large range of activities throughout the year many based on the Falconry where birds are flown 3 times a day. There are mammals to amuse the children including Meercats and Wallabies (those well known Yorkshire inhabitants) and wooden red Squirrels.
The tearoom at the entrance/exit provides good bacon butties and I trust there is no connection to the near by pet Cemetery with stones commemorating long dead pets from 1800.
Lakes, Islands, bog gardens, wood sculptures and a small flower garden all seem to move with the times and new plantings and features are added each year. In 2012 the small nursery looks like it might fold. It certainly needs reinventing.

For details of entry visit Thorpperrow.com. If you are a member of the RHS entrance is free during September and at certain other times of the year. 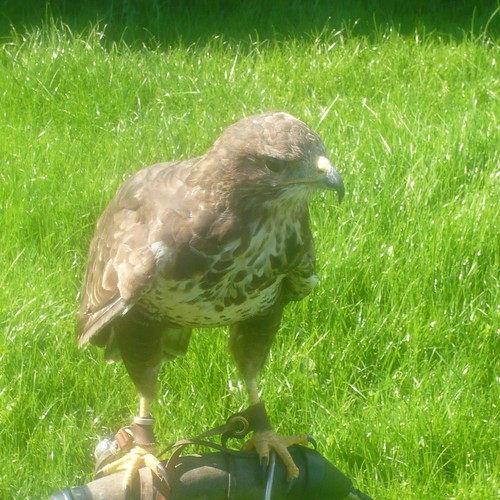 This entry was posted in Our Yorkshire, Yorkshire Trips and Places and tagged gardens. Bookmark the permalink.

One Response to Thorp Perrow for Trees & Bark