Reports about  Global Warming and the next Ice Age are used to fill the media but let’s look back 80 years or so.

Imagine you were setting off for your summer holiday in Whitby on the 21st July 1930. You think our poor summer weather is bad well you aint seen nowt.  Poor isn’t how you spell it ‘Pour’ is what it did for four days solid with 5.2 inches in Danby and a massive 11.9 inches in Castleton.

Imagine calling out the life boats for a flood – 2 miles inland – that is what happened in Ruswarp on 23 July 1930 as converging floods threatened Whitby and all around. The Whitby Gazzette called it ‘a thrilling rescue’ but with wind driving at gale force and the inky blackness creating another onslaught of rain in an already saturated area consternation siezed people in their houses.  Rain had been general over all the area, the Esk and Barnby Beck were full, the Ruswarp and Carrs covered in 2 feet of water. At Briggswath the bridge and road were swept away and a steam tug in the bay broke from its moorings. In the words of Bill Foggit the old  weather recorder,  ‘ the awesome power of the flood was more than matched by the indomitable spirit of the Whitby lifeboatmen. Up the raging Esk they came to rescue marooned families…..’ 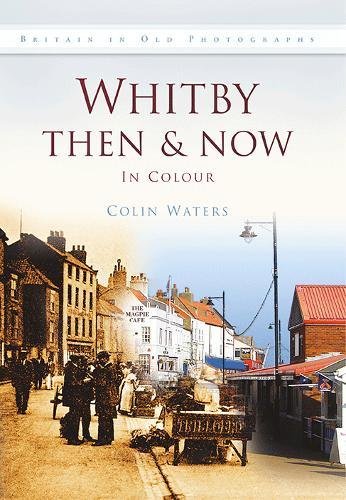 So when we bemoan our bad weather spare a thought for others who have been through storm and tempest without all the modern facilities we now enjoy.

Near Hull docks a ship carrying red paint crashed into another ship carrying blue paint – all the sailors survived but were marooned.

Who cares about apathy?