See Where You Are Walking 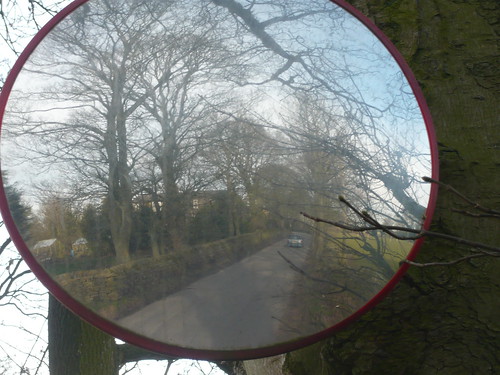 The views over towards Leeds Bradford Airport from East Carlton have clear unrestricted sight of the airport. Not at all built up considering such a commuter location. Carlton Lane has more than 10 reflectors at farm gates and house drives but the road is still dicey.

On my recent walk from York Gate  and the Royalty pub through bridleways to East Carlton the only businesses I saw were Equestrian based. There were livery stables and numerous horses and ponies in the fields. 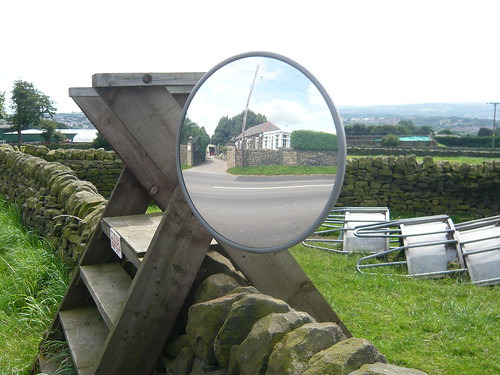 Step right this way! Well not actually as this wasn’t a right of way as I found out. Only a posh entry into a farmers field on Guiseley Moor.

The views from Moor Lane catch Rombolds Moor in the distance, the edge of Guiseley and look over Yeadon Tarn.

The track up past the reflected house leads to a near-by stone quarry. This is still worked by R&G as Moor Top Quarry and a nice buttery coloured sandstone they produce. 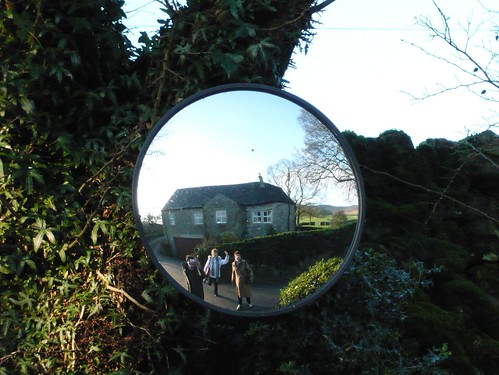 The family enjoying a winter walk in the sunshine at Rylstone. There is a fine church and tracks  called ‘Mucky Lane’, ‘Crutching Close’, ‘Chapel Lane’ and ‘Bark Brow’.

Unfortunately, try as hard as I could, I could not see any undressed women from the famous Calendar Girls. Their stage show runs  in Leeds until 19th March and visits Hull   6-11 June and Sheffield  11-23 July 2011. Keep up the good work for Leukemia and our endorphins!