Even Older Yorkshire Folk from the Stone Age

The first Yorkshire folk were from the Palaeolithic era over 10,000 years B.C. These 12,000 year old Fred Flintstone characters were able to cross from Europe as the glacial waters of the ice ages melted away and plant and animal life increased to feed the nomads. Evidence of inhabitation and exotic animal bones have been found at Victoria Cave near Settle and Kirkdale Cave near Kirkbymoorside in the Vale of Pickering. These cave dwellers were restricted to roughly shaped flint and stone tools and to date no evidence of permanent settlement has been discovered. 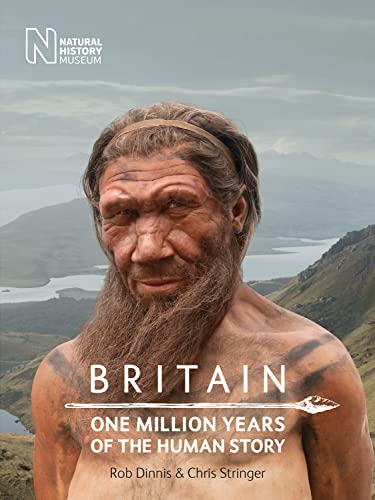 Middle Stone Age Yorkshireman from the Mesolithic era visited via what is now the North Sea possibly from warmer Pyrenees or the Mediterranean about 7500 B.C. Evidence of a brushwood platform for Lake Dwelling  were found at Star Carr  near Seamer  and there was a camp at Marsden where many arrow shaft flints have been discovered. Flint axes have also been discovered in Calderdale, Blubberhouses, Glaisdale and Wharfedale and scattered on the Cleveland Hills and North Yorkshire Moors.

Neolithic man 3000 B.C. were the first farmers in Yorkshire with both cereal crops and small animal husbanding. Large trees in the fertile valleys were too difficult to clear so much of the farming was done on the tops and valley sides. There are Neolithic sites at Flamborough Head, Hartendale and Beacon Hill. Most evidence comes from the long barrows the burial mounds from Sleights to Kilburn and around Folkton. By 2000 B.C. Duggleby Howe round mound shows evidence of inhumation (interment) and cremation.

Bronze age man probably arrived from the Rhinelands about 1800 B.C. and have been named ‘Beaker Folk’ after the pots they were buried with. Burial mounds at Grassington, Baildon Moor and West Tanfield display an interest in gold and amber and the picture below demonstrates the find at Kellythorpe.

‘In July 1834 excavation of a barrow at Gristhorpe, near Scarborough, Yorkshire, recovered an intact, waterlogged, hollowed-out oak coffin containing a perfectly preserved Bronze Age skeleton that had been wrapped in an animal skin and buried with worked flints, a bronze dagger with a whalebone pommel, and a bark vessel apparently containing food residue……….’

By the Iron Age around 500 B.C. the Celts and Parisi joined the Brigantes tribes bringing expertise in metal working and even chariot building. The British museum has an Iron tyre and nave hoop from the East Yorkshire Garton Station Iron Age cart burial. The tribal atmosphere led to the building of hill forts at Ingelton, Castleton Rigg, Boltb Scar and Dane’s Dyke amongst others. These were to fall to the Romans early in the next millennia.

So this quick gallop through 10,000 years of Yorkshire folk history establishes a background for the next 2017+ years. What we don’t know is how Yorkshire folk were fairing during the 4 Ice Ages before the Palaeolithic times.

This entry was posted in Our Yorkshire, Yorkshire History and Heritage and tagged archaeology. Bookmark the permalink.

One Response to Even Older Yorkshire Folk from the Stone Age