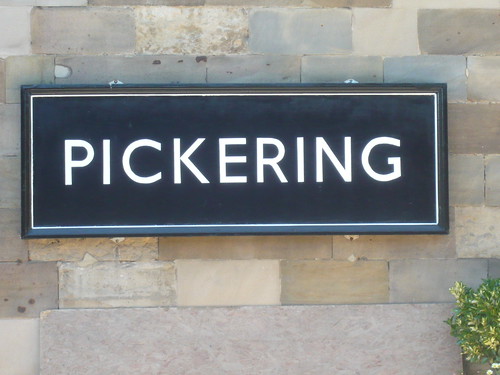 Pickering is the perfect start to your steam train adventure, leaving the charming village the trains to Whitby go through stations evocative of an earlier era.

The original NYMR route started at Whitby and ran through to Malton Junction. The southern section from Pickering to Malton has long since passed into history – or has it? Read more in ‘A Nostalgic Trip Along the Former Whitby and Pickering Railway and Through to Malton’ on Amazon

Pickering and the Railway

This entry was posted in Our Yorkshire, Villages, Towns and Cities and tagged trains, Transport and Travel. Bookmark the permalink.

One Response to North Yorkshire Moors Railway and Pickering