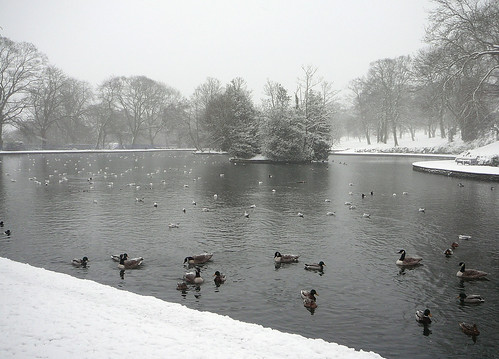 Lister Park Bradford is on the English Heritage Register of Parks and Gardens of special historic interest in England, and contains six listed buildings, including the opulent Cartwright Memorial Hall. The ‘Green Flag’ park has recently been renovated around the boating lake and botanic gardens with £3.2m help from the National Lottery. The priorities were set by a Lister Park user group who were keen to see the park return to its former glory. This picture was taken mid week when there was lots of people and activity and it looks like a great success has been made of the renovations.

The Mughal Garden are a key element of phase two of the development works developed on the site of a former car park. Looking like a series of geometric ponds there are fountains,topiary and seating places in a very none traditional Bradford style. 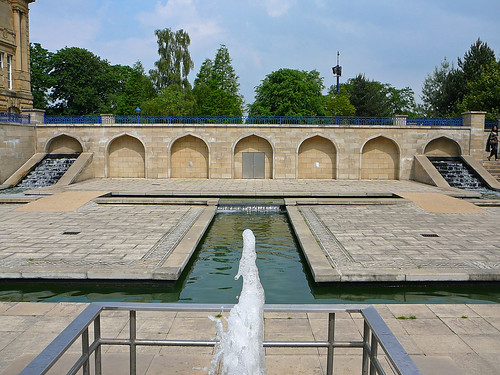 Lister Park is named after Samuel Cunliffe Lister 1st Baron of Masham, 1815-1906 was an industrialist and inventor. He designed a nip comb and silk loom for producing velvet which was produced in his Manningham Mills in Bradford (notable for its tall chimney). Lister endowed the current museum in Cartwright Hall with many artifacts and had it named after Edmund Cartwright the prolific inventor of the power loom and a wool combing machine in 1789 .