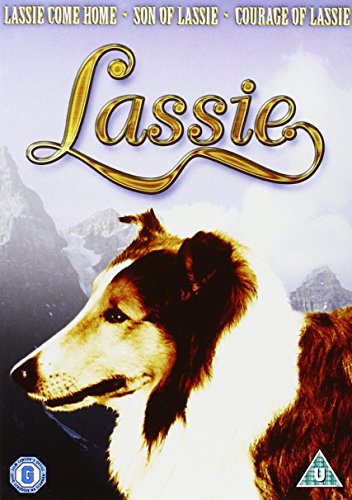 Eric Knight the author and creator of Lassie was born on 10 April 1897, in Menston Yorkshire the son of a Quakers family.

Lassie first appeared in a magazine story published by Evening Post and was subsequently expanded into as novel. Lassie Come-Home appeared in 1940 and was filmed by MGM in 1943 with Roddy McDowall in the role of Joe Carraclough and canine actor Pal in the role of Lassie.
The Plot
‘Set in Depression-era Yorkshire, England, Mr. and Mrs. Carraclough are hit by hard times and forced to sell their collie, Lassie, to the rich Duke of Rudling, who has always admired her. Young Joe Carraclough grows despondent at the loss of his companion. Lassie will have nothing to do with the Duke, however, and finds ways to escape her kennels and return to Joe. The Duke finally carries Lassie to his home hundreds of miles distant in Scotland. There, his granddaughter Priscilla senses the dog’s unhappiness and arranges her escape. Lassie then sets off for a long trek to her Yorkshire home and the boy who loves her. She faces many perils along the way—dog catchers and a violent storm—but also meets kind people who offer her aid and comfort. At the end, when Joe has given up hope of ever seeing his dog again, the weary Lassie returns to her favorite resting place in the schoolyard at home. There, Lassie is joyfully reunited with the boy she loves.’ with acknowledgment to wikipedia

The success of the novel and film generated more films and eventually several television series, cementing Lassie’s icon status. The Son of Lassie, who was inevitably named Laddie, was set as Joe starts RAF training at the start of World War II.

Other Works
His first novel was Song on Your Bugles (1936) about the working class in Northern England.
As “Richard Hallas,” he wrote the hardboiled genre novel “You Play The Black and The Red Comes Up”
“This Above All” is considered one of the significant novels of The Second World War.
Knight’s last published work was “The Flying Yorkshireman” about an otherwise undistinguished man from Yorkshire named Sam Small, whose sojourns are reflected in a series of short stories with ethnocentric and eccentric observations of life around him.

Post Script
Greg Christie the biographer of Eric Knight will give the De Grey lecture at York St Johns University on 20 March 2010 at 3.00 pm. He is also trying to get a blue plaque in Menston in memory of Eric Knight.

This entry was posted in Books Club & Literary Work, Our Yorkshire and tagged Novel. Bookmark the permalink.