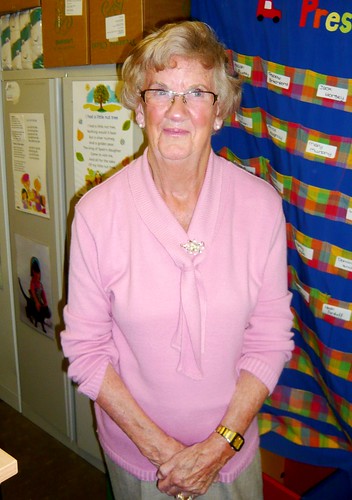 Sports and pastimes were an important part of our society, culture and upbringing long before the advent of digital media, computer games and television. Board games like Ludo, Snakes & Ladders and Monopoly were only marginally less popular than family card games such as Snap, Sevens and Beggar-my-neighbor.  Bridge is one popular card game that has evolved into an internationally competitive activity, the pastime of Omar Sharif and Warren Buffet amongst many others. However Bridge is not just for the rich or famous but is played in village halls, clubs and family gatherings all around the country.

One such Rubber Bridge Club is celebrating 41 years of existence in the West Riding village of Menston this autumn. Formed by Dorrie Waugh and several friends, after a notice was pinned up in a local amenity centre, over 20 people turned up on the first night in 1974. With Dorrie as president since inception the club has grown and prospered by sticking firmly to its Rubber Bridge roots and eschewing the duplicate version of the game. Subscriptions are returned in the form of prizes or subsidised parties and free Champagne was provided as promised for the 40th anniversary party.

The rubbers are contested for small stakes and it is a good night if you win 50p and a bad night if you loose anything. Even poor hands may win a cash prize for a Yarborough but a grand slam is worth £2.50 – riches indeed. Long may this and similar clubs thrive and prosper.

We had a partnership misunderstanding. I assumed my partner knew what he was doing.

My partner is 20 years behind the times. He still thinks you need high cards to bid.

Your play was much better tonight and so were your excuses.

If I did everything right, I wouldn’t be playing with you.

My partner leads the 8 from a 98 doubleton because his teacher told him “eight ever, nine never?”

Know the difference between a serial killer and a bridge partner? Answer: You can reason with the serial killer.

“You know, you may not be the worst player in the world, …. but if that person should die….”

Where is the hand you held during the bidding dummy?

After playing bridge a pair go to the same pub and start going over the hands again.
Finally Jim says: “Bill, don’t we know anything but bridge? Can’t we discuss something else, anything else, movies, politics sports, even sex?
“Sex, says Bill, I had sex diamonds to the king-queen..”

A notable bridge player in his eighties was asked why he bid every time it was his turn. He replied: “At my age the bidding may not get back around to me again.”

Bridge is a great comfort in old age. It also helps you get there faster.

They were at a concert. Said she, a bridge addict, “What’s that book the conductor keeps looking at?”
“That’s the score,” answered her escort.
“Oh. Who’s vulnerable?”

Helen Sobel was once asked how it felt playing with a great expert (Charles Goren). “Ask him,” she replied.

South had started with four hearts originally and had to guess who had the HQ. He started by leading the HJ from his hand. West went into an Oscar winning performance trying to make South think he had the queen and finally played low. South, taken in by all of this, also played low as did Roth! When Roth’s partner saw that Alvin had the queen and could have defeated 7NT by taking the trick, he asked Roth why he hadn’t taken the trick with the queen. “Because I thought you had it”, said Roth.