Brass Bands of Yorkshire and Yore 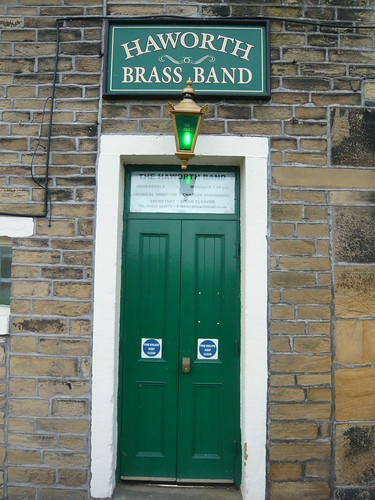 Where there’s muck there’s Brass Bands and where there is a lot of brass there are Silver Bands. ‘The Cloth-Cap’ music of the working class man has strong links in Yorkshire and with Yorkshire businesses.

For up to date news and reports there is a weekly magazine The British Bandsman ‘the leading international Brass Magazine’ with too large a circulation to feature on Private Eye.
The Bandsman has a data base of 108 brass and silver bands in Yorkshire without a single Salvation Army band listed. Exactly half the Yorkshire bands are in West Yorkshire including such names as Gawthorpe Brass, Frickley & South Elmsall Brass Band, Hammonds Saltaire Band, Holme Silver Band (1), Meltham & Meltham Mills Band and Brighouse & Rastrick Band. In South Yorkshire you can hear Rockingham Band, Carlton Main Frickley Colliery Band,Grimethorpe Colliery Band and Stocksbridge Band amongst others. North Yorkshire has many village bands and this is just a selection, Knaresborough Silver Band, Leyburn Brass Band, Muker Silver Band, Summerbridge & Dacre Silver Prize Band, Reeth Brass Band and York Railway Institute Band.  So if you are thinking of joining or rejoining have a look for a band near you (or not so near if the sound of your practicing travels).

Widely accredited as the first amateur band was that of Stalybridge Old Band in 1814 followed by the world famous Black Dyke Mills Band formed in Queensbury Yorkshire in 1816. Below is a photograph of the Keld Village band from a book of old photographs that I can no longer trace. 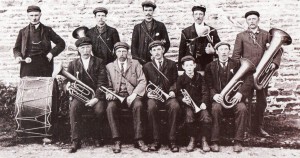 Come if you dare! Our trumpets sound’. Purcell…the brass band movement has a great future]:

‘It has a great present, if only people would realise it’

‘God tells me how the music should sound, but you stand in the way’

Arturo Toscanini to a trumpet player

‘Never look at the trombones, it only encourages them’

‘Military justice is to justice what militarymusic is to music’

This entry was posted in Our Yorkshire, Yorkshire Arts & Music, Yorkshire Sport and Pastimes. Bookmark the permalink.

2 Responses to Brass Bands of Yorkshire and Yore