Get thisens down Stump Cross Caves

Harrogate, Skipton, Grassington, Hebden and Pateley Bridge all claim Stump Cross Caverns as their own. That will give you a clue as to where you can find Stump Cross; in the middle of nowhere on Greenhow Hill.
Do not be put off from making a visit as the B6265 was conveniently built to run passed the caves and Grimworth Reservoir. 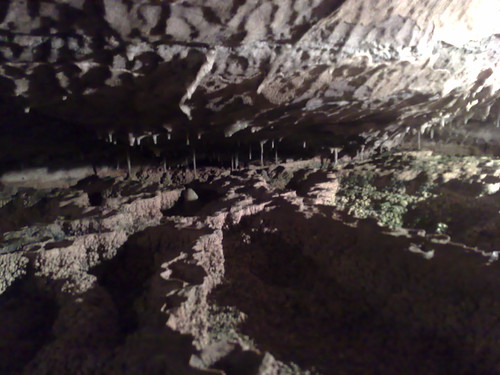 To me they are called caves but to many it is Stump Cross Caverns. Under the limestone there are 4 miles or more of caves, one mile of which have been open to the public for many years. The cave system was discovered in 1860 by lead miners William and Mark Newbould. Stump Cross became a must visit tourist attraction in the 1960’s and 70’s then four Reindeer fossils and animal bones were discovered in Reindeer Cave and this was opened to the public in 2000.

A range of stalactites, stalagmites and unusual rock formations are illuminated along level pathways that make a descent into the caves an unforgettable experience for people of all ages. Sparkling stalactites (tights go down as I was taught) and stalagmites (growing upward) add an extra ingredient to the water sculpted rock walls of the cave. Some of the stalagmites at Stump Cross Caverns are known to be at least 170,000 years old and caves themselves must be very much older.
Many have been given special names like the ‘Butchers block’ which is lit in bloody red lighting. 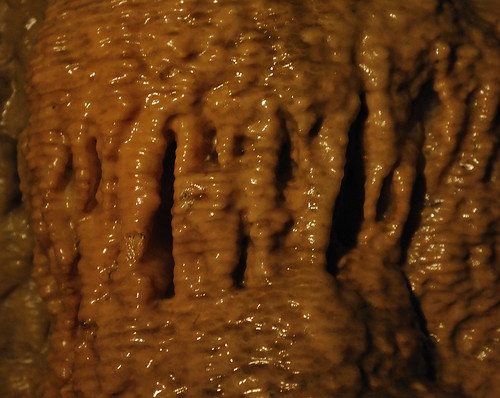 There are good tea rooms offering a robust sandwich and a good cuppa. The lecture theatre displays a 20 minute video detailing the history of the caves and the local area. Useful for the school parties who find a surprise in the all year round even temperature in the caves.
The obligatory gift shop stocks a wide variety of geological pieces including minerals, fossils and crystals.
Locally there are walks over the hills or around Grimwith reservoir and all the towns near by offer accommodation and food.
Locally it is a good area for birds such as Eurasian Wigeon, Teal, Geese and at various times Ringed Plover, Lapwing, Common Redshank, Curlew, Reed Bunting, Lesser Redpoll, Whinchat and Sedge Warbler have all been spotted. 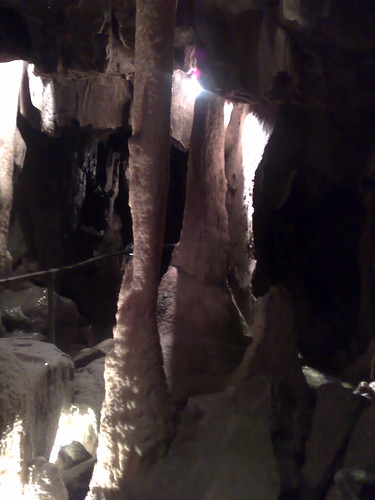