From Yorkshire to the Burmese-Thai Border

Charity begins at home can only hold true if you have a home!

Thousands of Burmese ‘Karen people’ from the Irrawaddy delta of Burma have fled their homes in terror! Their villages were burned down, their families forced to suffer rape, torture or the horror of watching KNLA soldiers and the Burmese Military following a ‘flush and kill policy’.

Those who fled to Thailand were herded into camps and even after over 10 years armed guards prevent them from leaving the camp. Some of the worst suffering comes to babies and children who must rely on outside intervention, education, health and support. 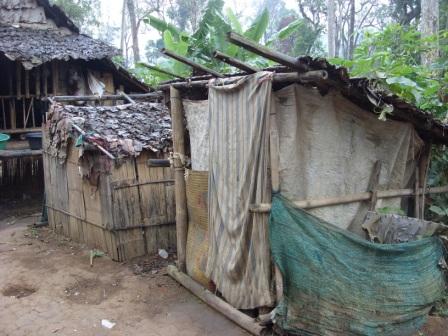 Since the 1990’s the unpaid staff at Kidz in Kampz have raised funds to support the educational and welfare needs of children living in camps such as Nupo.
A vibrant charity shop behind Asda at Holt Park Leeds redirects virtually all its funds (+87%) to the Kampz for health, hygiene, and education projects.

Examples of support include the 60 young people without parents who live in Kidz in Kampz safe boarding houses and the new mother and baby centre providing training and nutritious food for 600 malnourished mothers.
The charity also funds the school of hope for children with special needs in Nupo camp.

Kidz in Kampz have built two pre-school nurseries, accommodating 200 two to four-year-olds. ‘Here they have two nutritious meals each day, plus fruit and milk. However more important a chance to play together – just for a short time every day nursery activities provide a brief respite from the harsh conditions of camp life.’

The charity is a hands direct support project and not a lobbying and campaigning organisation. For this reason Yorkshire folk can feel happy supporting Kidz in Kampz knowing any goods or money will be put to good use. The link above shows how you can help financially or just call into the shop.

The patron of Kidz in Kampz is the Leeds politician Greg Mulholland MP and the charity registered number is 1096118.
The Charity manager is Madge Davey and this is a link to a story about one of her efforts for the kidz.

Photographs have been supplied by Kidz in Kampz .