From Dobrudden farm and the surrounding area you will see many model planes and enthusiasts. If there nwas a pilot in the balsa wood plane they would get a rapidly changing picture of path ways, slopes, bracken and clouds. 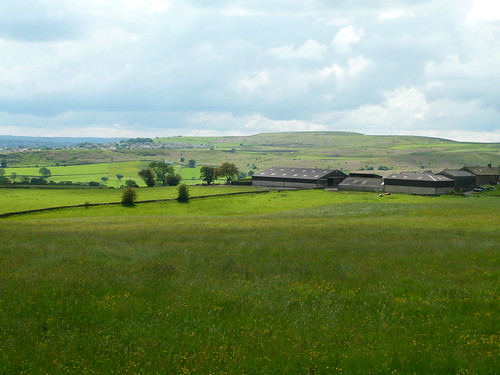 Trench Meadows near Shipley Glen is a Site of Special Scientific Interest (SSSI) and Denso Marston Nature reserve is near Baildon bottom Charlestown.
Bracken Hall countryside centre is worth a visit with the kids. It is on Shipley Glen and can be reached via the glen tramway.
Baildon has a population of 15,500
Baildon has been inhabited for eons as the cup and ring stones on the moor testify but was first recorded in AD 835 in a letter from the King to the Archbishop of York.
Hall Cliffe Community Garden is near the Ian Clough Hall.
Baildon railway station has only one platform and a single track on the section from Shipley to Ilkley.
A commuter zone for Leeds and Bradford of which it is part.

Areas that are part of Baildon

Read Views and Walks over Baildon and see Trig points