The standard answer to the question ‘are you in t’club?’ Was ‘Christmas, Pudding or Working Men’s.’

Well Christmas clubs took a hammering with the bankruptcy of the hamper saving club Farepak members of which still remain well out of pocket and totally dissatisfied. Park Hampers also ran into difficulties and seem to have disappeared.

More interesting is how the Pudding Club is progressing. 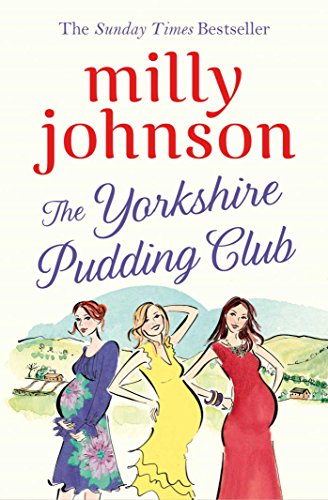 In ‘The Yorkshire Pudding Club’ by Barnsley lass Milly Johnson we are told on the inside cover….
‘Three South Yorkshire friends, all on the cusp of 40, fall pregnant at the same time following a visit to an ancient fertility symbol.
For Helen, it’s a dream come true, although her husband is not as thrilled about it as she had hoped. Not only wrestling with painful ghosts of the past, Helen has to deal with the fact that her outwardly perfect marriage is crumbling before her eyes.
For Janey, it is an unmitigated disaster as she has just been offered the career break of a life-time. And she has no idea either how it could possibly have happened, seeing as she and her ecstatic husband George were always so careful over contraception.
For Elizabeth, it is mind-numbing, because she knows people like her shouldn’t have children. Damaged by her dysfunctional childhood and emotionally lost, she not only has to contend with carrying a child she doubts she can ever love, but she also has to deal with the return to her life of a man whose love she must deny herself.
Heart-warming, up-lifting, tear-jerking and lovely, THE YORKSHIRE PUDDING CLUB is the story of how three women find themselves empowered by unexpected pregnancy. How it revitalises one woman’s tired marriage, strengthens another’s belief in herself and brings love and warmth to a cold and empty life.’
Unabridged audio book from amazon The book can be bought by clicking the book cover.

So that leaves us with ”are you in the Working Mens club along with Tony Blair, Peter Mandelson need I go on? David Cameron looks determines to put another nail in the coffin of well priced drink from Working Mens clubs with the minimum price on alcohol intiative. A Whitehall source said: ‘The Prime Minister has decided that when it comes to alcohol, something pretty radical now has to be done and he is keen on the minimum price.
Why since Maggie Thatcher has it all been politics and government by initiative? We need clear, honest, well thought out policies introduced in a timely and sensible manner for the longterm good of our communities and country. We do not need knee jerks by political jerks from the Liberal Clubs, Conservative Clubs or any other self serving club for that matter. (Rant over for 10 minutes ed)

You can’t have too many Yorkshire Puddings

Darlington Buds of May a favourite book in the Northeast