Pickering Day Out with Murals 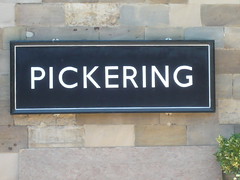 Pickering takes its name from ‘the settlement of Picer and his people’ or Piceringas. Arriving in Pickering by the old North Yorkshire Steam train or by road, you will see the church spire of St Peter and St Paul atop a small hill in the town centre. (There is reasonable parking by Pickering Beck.)

Famous Church Murals
The main body of the church is hidden by a cluster of cottages, shops and the Liberal club below. You can access the church grounds by one of three flights of stone steps that cut through the surrounding buildings. The 15th century wall paintings, some of ‘the most extensive and valuable examples not only in Yorkshire but England’, were hidden by limewash and over the centuries forgotten. In 1852, when work on the interior revealed these treasures many visitors came, only for the murals to be rewhite washed by Vicar Ponsonby three days later and so it remained until 1937. Entering the church from the south door the huge figure of St Christopher is the mural you see on the north wall a favourite position for this painting. It is thought that to look at St Christopher gave protection for the day from sudden death (fast drivers may not benefit). There are many other murals including St George, St John the Baptist, St Catherine of Alexandria and the Decent in to Hades. These murals were originally intended for education as well as devotion and may have been based on wood-cuts from travelling artists.

If you are interested in murals there are other fine examples at St Agatha’s, Easby near Easby Abbey close to Richmond. 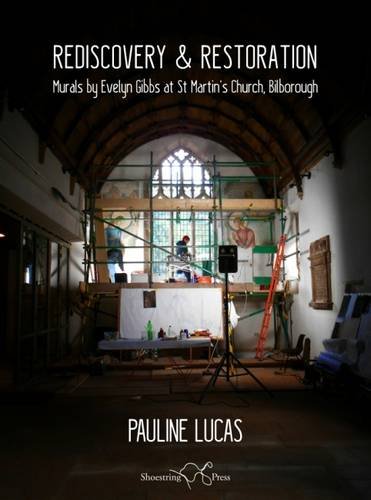 Sorry that is Bilborough in Nottingham not the village near York. I had found this book before I realised there were other less worthy Bilboroughs around!Back to Pickering where I am on firmer ground. 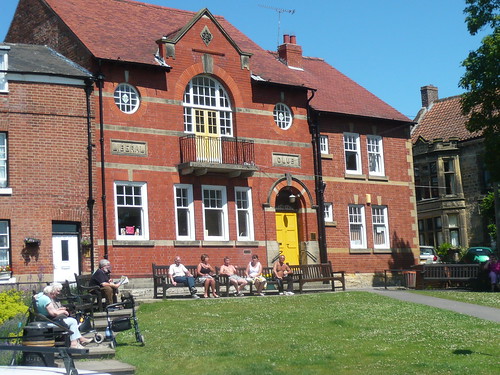 Pickering Castle like so many other castles is now a ruin. In the 16th century large quantites of stone were taken to improve Sir Richard Cholmeley’s own home (the duck house of that political era). The earthworks are a good example of early Norman with a large motte and around this are two baileys. King Henry II began the process of rebuilding the former wooden castle in stone, with a wall around the inner bailey in 1180.

For retail therapy the main street has a fair complement of local shops, pubs, charity shops  and clubs. There is a quirky secondhand book shop with an even quirkier owner opposite the railway station. Pickering is a good base for visiting the North Yorkshire Moors and the Hambledon Hills.