Triathlon for All in Yorkshire 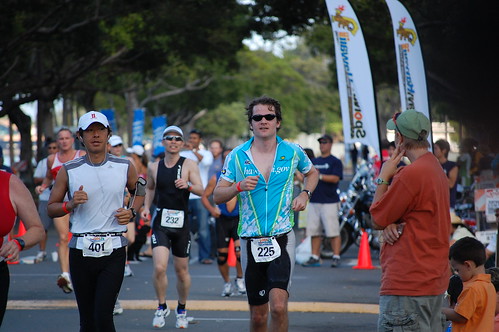 Swimming is the first of the 3 events in the Triathlon. For the Olympic triathlon, the swim section is 1.5km about 0.93 mile. This is followed immediately by a 40km or 25 mile bike ride at a frenetic pace. The last section is the 10km 6.25 mile run and all three are completed in around 1hour 45 minutes.

This weekend’s World Championship win in Hyde Park London sends the Yorkshireman Alistair Brownlee to the top of the world rankings. “I can’t believe it. It was tough”, said Brownlee from Leeds, after his performance. It’s great to win at home but it is on to Australia for the final of this years World Championship series. Let us hope a Yorkshire man is crowned World Champion and that he goes on to win a gold medal at the 2012 Olympics. Alistair is only 21 and it must be a young mans game as his younger brother Johnathon also competed at Hyde Park and is ranked 49th in the world.

A shorter approved Triathlon the ‘Sprint version’ is a good way to get into the sport. Many events are organised for charity purposes and it is also a good way to get fit. The sprint triathlon involves a 0.75km (0.46 mile) swim, a 22km (13.75 mile) bike ride and a 5km (3.12 mile) run. Try a local event if you think you can finish or want a challenge, a pdf of some events in Yorkshire can be found here.

There is a World Kids Triathlon in Yokohama at the end of the month. I doubt I could beat any of the entrants even over the short distances of Swim: 100m, Bike: 5km, Run: 1km . The distances double depending on age. At the other end of the scale is the Ironman competition which involves a 3.84 km (2.4 mile) swim, a 179.2 km (112 mile) cycle and a 41.6km (26 mile) run so I am off to get in training ( for the sitting, snoozing and sleeping triazzzzzzzz.)