Barbara Hepworth 1903-1975 and An Eternal Triangle

Hot on the heels of the announcement of a sculpture triangle in Yorkshire I revisited a post from 6 years ago to find it still as appropriate now. ‘Celebrate 200 of the World’s greatest artists at four leading venues.’ some triangle but what can you expect from a sculptor!! Henry Moore Institute Leeds art gallery and the two better facilities reviewed below make up the 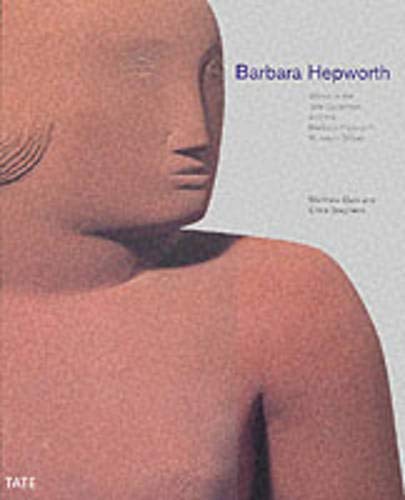 Barbara Hepworth sculptress and artist was a Wakefield lass attending the local Girls High School and then studying at the Leeds School of Art from 1920. She rattled through that course and then won a County scholarship to the Royal College of Art and studied there from 1921. A grant from the West Riding allowed her to study in Italy where she she married fellow artist John Skeaping.

Hepworth was in frequent contact with Henry Moore with whom she had been a student both at Leeds and at the Royal College. The two sculptors had vacations together where in 1937 she met Ben Nicholson and whent to live with him (over ‘t brush). They were later married from 1938 to 1951.
She was made a Dame in 1965, ten years before her death during a fire in her St Ives studio in Cornwall, aged seventy-two

Barbara Hepworth is best known for creating beautiful, flowing and rhythmic sculptures with holes. The materials used included wood, marble or bronze and the piece was often influenced by the organic shapes and contours of nature. There is a permanent outdoor exhibition at Yorkshire Sculpture Park in West Bretton near Wakefield. The Hepworth museum as part of the Tate in St Ives contains sculptures in bronze, stone and wood along with paintings, drawings and archive material.

A quotation by Barbara Hepworth resonates with me when I post short pages to the Gods Own County site, ‘Halfway through any work, one is often tempted to go off on a tangent. Once you have yielded, you will be tempted to yield again and again… Finally, you would only produce something hybrid.’

‘Barbara Hepworth Sculpture Garden’ At Trewyn in St Ives Hepworth created a sculpture park as a display-case for her sculpture and working environment. This is a beautiful record of the plants and sculptures throughout the seasons.  £7.19

Amazon review by Chris C said of this book ‘If you’re unable to visit this garden in person (preferably out of the busy season) then this book gives a wonderful pictorial flavour of this magical place. I was a latent admirer of Barbara Hepworth; after visiting her own special place – a very atmospheric space comprising a pretty, small garden which is filled with her work; I was able to visualise her working long and hard in her small workshop next to the church in St Ives. This book conveys the atmosphere in Barbara’s studio and garden beautifully.’

Before buying a book take a walk around the Yorkshire Sculpture Park and see if you are uplifted by Barbara Hepworths sculptures on display in the lark grounds or galleries.