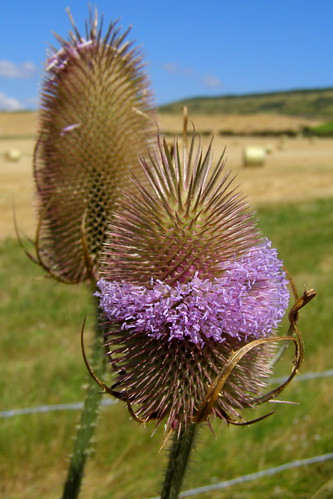 Woven cloth needs fulling to raise a nap and Teasels were and still are used in this process. The peak consumption was in the 1830’s but Teasels are still used to create a pile on some products including tennis balls, stockings and billiard tables.

Photo by Jim Champion on flickr under creative commons license

One Response to West Riding Centre of the Teasel Trade