Top Bridges Over the River Wharfe 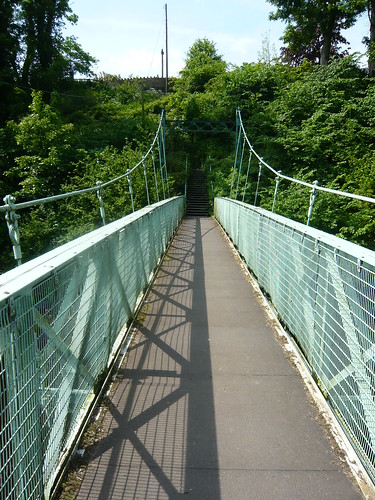 Little bridges over the gills that feed the early reaches of the river Wharfe can be found at Cray and Yockenthwaite. Crook Gill and Cray Gill have individual bridges and where they meet there is another bridge called Stubbing Bridge.
Yockenthwaite is on the old packhorse route from Wensleydale to Ribblesdale and has a bronze age stone circle near by.
Our first serious bridge over the Wharfe is at Hubberholme. It connects the church, (where JB Priestley’s ashes were placed), to the George Inn and is on the old drover road from Lancaster to Newcastle.

Getting greedy or functional, further down stream we have seven bridges in the parish of Linton. The best view comes from on top of the otherwise ugly Tin bridge but the best looking bridge is probably Lile Emily’s bridge. Clapper bridge, Grassington bridge and Redmaynes bridge are all worth seeking out.
Grassington bridge is a survivor of the 1673 great floods. 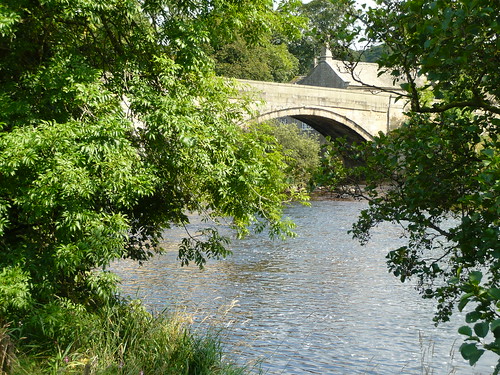 Near the Duke of Devonshires ‘pub’ there is the old Skipton to Harrogate bridge now by-passed.

Read more about Barden and Burnsall bridges on our previous page

Walking from Addingham to Beamsley there is a grand suspension footbridge show at the top of the page.

Ilkley Old bridge was built in 1678 to replace previous bridges including roman versions that were washed away in the 1673 floods. The new bridge and the suspension bridge that leads to Middleton woods have less architectural interest.

Otley has a paper works on the east side of the bridge that takes travellers from the town up towards Pateley Bridge. The river is dammed and the result is a park area where children feed the many birds on the river. There is a great deal of traffic over the bridge and it can cause queues back into the traffic lights in town but don’t let that put you off visiting Otley.

The next crossing of the Wharfe is at Pool where regular flooding used to take place. Built as part of the main road from bradfpord to Harrogate this is the bridge with the most traffic crossing the Wharfe until you get to Harewood.