The Yorkshire coast is just 200 miles from the Continent across the North Sea. Ships taking our 16th and 17th century exports abroad often returned loaded with gin, brandy and even tea that was destined to avoid the ‘preventives’ and revenue duty.
The principal smuggling ports were Staithes, Whitby and Robin Hood’s Bay. Large gangs of workers building sea walls or working in the alum mines helped ‘professional smugglers’ to unload and also provided extra local customers. 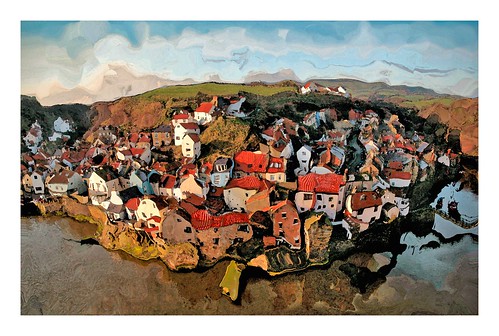 This image of Staithes takes your imagination back to the notorious smugglers of previous centuries.

The section of the coast between Saltburn and Redcar is almost as notorious as Whitby as a location for smugglers.
John Andrew was a well to do smuggler with a high profile he was known as ‘The King of the Smugglers’. John was the landlord of the Ship Inn at Saltburn a centre of ‘Free Trade’ for the region. Local houses were allegedly connected to the tavern by tunnels. John Andrew also owned a cutter called the ‘Morgan Rattler’ and the White House and stables in Saltburn. He served at least one jail sentence at Hornsea but was personally well connected with what passed for law enforcement around Saltburn. 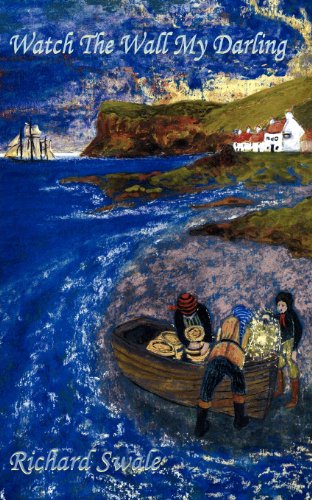 Watch the Wall my Darling: The Story of the Smuggler King by Richard Swale
‘This story is based loosely on the lives of the author’s great, great, great, grandfathers, John Andrew and James Law. Both were well known smugglers in the late 18th and early 19th Century, and operated at the same time on the north Yorkshire coast between Scarborough and the Tees estuary.’ 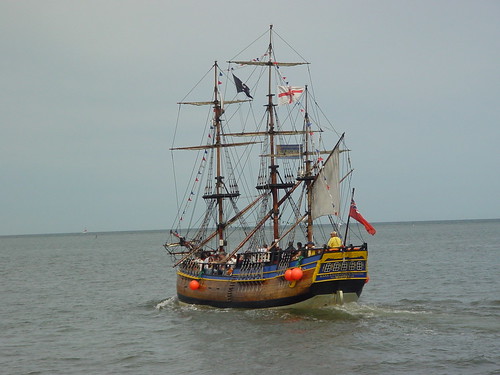 Whitby women were adept at aiding the smuggling effort. Large ships hovered off the coast and local cobles, fishing boats or luggers ‘ran’ the goods ashore where women waited in loose fitting clothes. When the women returned there buttons were bursting with contraband. Mrs Gaskell a Whitby resident remarked ‘Whitby women applied themselves to smuggling with more tricks, impudence and energy than any man. The whole town supported free-trade even two local Quakers.’

Too much light would be shed on old fashioned night time smuggling as this illuminating photo shows.
Of course there is still a lot of smuggling, of illegal and heavily taxed products, through airports and our North Yorkshire coast line.