Jowett the Yorkshire Javelin Ahead of Time 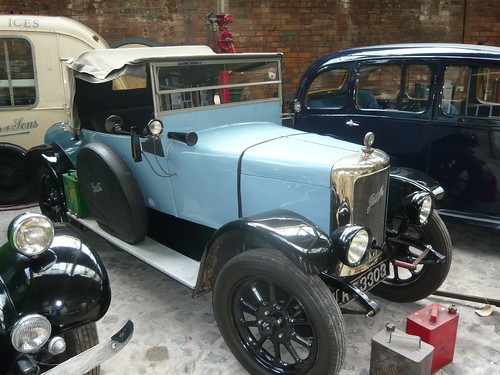 The two seater soft top Jowett Jupiter was developed from the success of the Javelin in 1950. The streamlined shape implied speed and was a well engineered car with stronger brakes and new features. It had a steel tube frame and a drop-head coupe body of aluminium. For three successive years Jowett won the Le Mans 24 Grand Prix race 1950-1952. 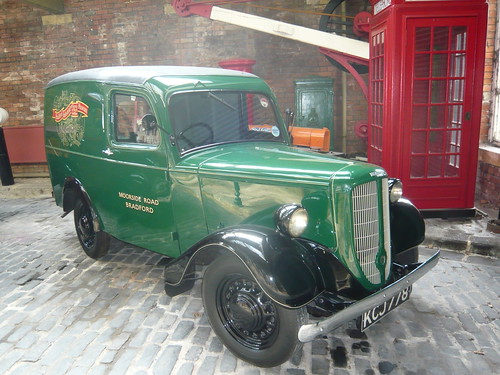 The Bradford Van shown here in the old colours of the local paper the Telegraph and Argus (T&A). It had an engine size of 1005 cc and was first registered in 1953.

The oldest car club in the world is dedicated to Jowett vehicles they also  have a second web site. There aim is ‘To celebrate classic British cars made in Bradford from 1906 to 1954 namely- Jupiter, Javelin, Bradford, Jason, Black Prince, Curlew, Kestrel, Weasel, Flying Fox, Falcon, Long Four, Focus, Blackbird, Kingfisher, Black Prince, Wren, Grey Knight, Silverdale, Chummy, 7cwt Van, Short Two’. I like the idea of a car called a ‘Weasel’ and it reminds me of a pub with that name in Pudsey now a bomb site. 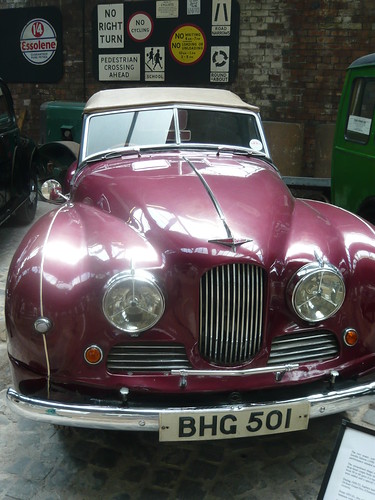 Jowett’s began as a Bradford based manufacturer of utilitarian small cars, most of which were sold in the North of England. Later models were sporting saloons more advanced than any British contemporaries and these found buyers all over Europe.
Founded by two Jowett brothers from Yorkshire they built a prototype engine in their fathers Bradford business premises in 1898/99. It was fitted to a locally owned buckboard in 1901. Later in 1901 the brothers took on a partner Arthur V Lamb. The company began experimenting with their cars in 1906. Eventually Jowett launched its own small car using a horizontally opposed, two cylinder engine for power. In 1936 an additional four cylinder engine was introduced.
Post-war the company enjoyed a good reputation but sadly the company hit financial trouble in 1954 and disappeared from the car industry scene except for the fan club. 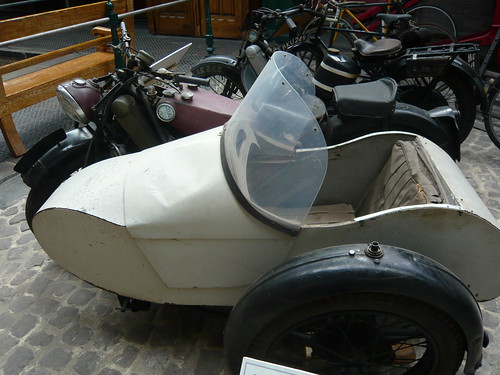 This entry was posted in Transport and Travel, Yorkshire Business and Money, Yorkshire History and Heritage. Bookmark the permalink.