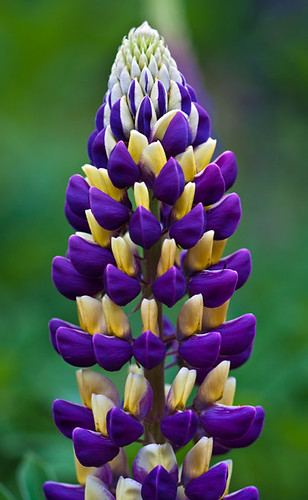 George Russell developed a passion for Lupins, gathered seed from North America and around world and then grew them on two allotments in his home city of York. He never carried out vegetative propagation or hand pollination, preferring to let natural pollination by bumble bees do the hybridisation for him. At the end of each season he collected seed from the very best plants and sowed it. Any inferior plants were rigorously removed. George Russell, like most Yorkshiremen, only wanted the very best, and was ruthless in his selection.
For 23 years George had bred his Lupins and resolutely refused to sell them commercially. But in 1936 a deal was done for his seeds to be grown at Bakers nursery Boningdale as long as George had the right to ‘Rough’ or deselect any that did not meet his standards. Once the seedlings were in flower George was sent for so he could inspect the crop. Jimmy Baker must have been flabbergasted when George insisted on destroying 4,200 of the 5,000 seedlings (some quality control eh! modern growers take note).

The Lupins on his York allotments were improved through breeding. The top varieties had flowers all around the stem in a wide range of colours. Eventually George Russell allowed his seeds to be sold and in 1937 they were selling at 12 seeds for one shilling equal to 1d each.

Lupins were introduced into Britain from North America in 1826. The blue flowered spikes we occasionally saw on railway embankments were the predominant colour. Fast forward a hundred years to 1937 and the Royal Horticultural Society awarded its highest honour to a ‘ jobbing Yorkshire gardener’ George Russell for developing a strain of Lupins that were causing a sensation. 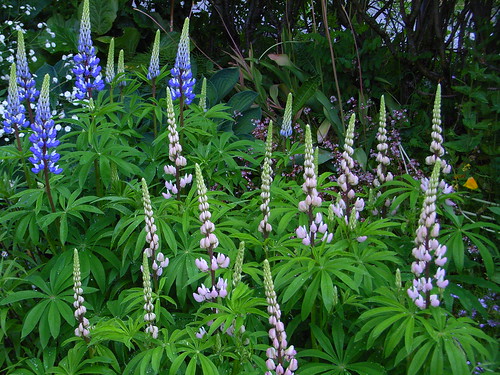 The Chelsea Flower Show 2008 displayed the Lupins below. As Lupins are not very long lived plants many of George Russels varieties have been lost but this display shows some of the great flowers that George showed it was possible to grow. Why not try in your garden this year. Lupins are available as plants or seeds from Thompson Morgan 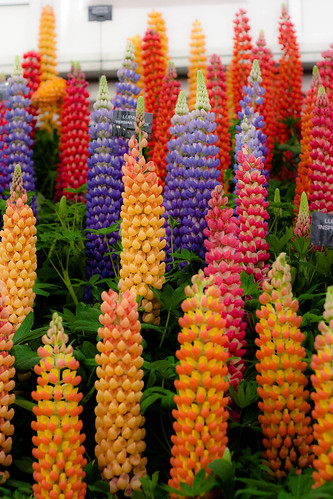 Who could get 2 allotments now with the current fashion for growing your own? Who would have the patience to wait so many years before they tried to make any money out of the flowers they had bred?

2 Responses to The Lupin Man of York – George Russell