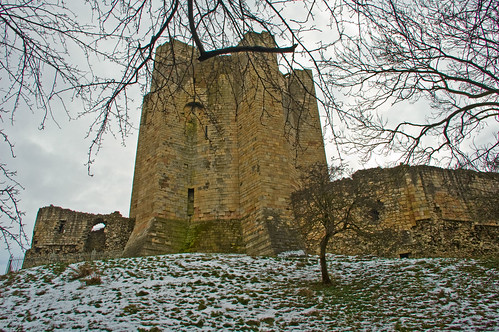 Conisbrough near Doncaster was the setting for Sir Walter Scotts ‘Ivanhoe’. Using the Castle as the basis for a Saxon stronghold during the reign of Richard 1st the tale about chivalry and knighthood daring-do led too a TV series in the 1960’s.  The castle is not the oldest part of Conisbrough as St Peters Church is the oldest building in South Yorkshire dating from AD 650-700. At the time of the Norman conquest the manor was held by King Harold and consisted of the church and 28 vills or villages. In the 16th century the castle suffered neglect and eventually became a ruin. In 1990 the Conisborough castle was floodlit and became a tourist attraction.

Conisbrough was one of the important royal manors of Yorkshire. Its Court Rolls provide us with a unique account of the working lives and relationships of its inhabitants. The Rolls survive in large measure across eight centuries. This project aims to show what can be done with such remarkable documents. Through it, you can discover the historic workings of a manor and learn more about Conisbrough and how its past has contributed to its present.

Coal mining started in 1867 at Denaby and was the deepest mine at the time. Soon Cadeby started just across the river then in 1912 a terrific explosion cost the lives of 35 miners followed by a further 40 fatalities amongst the rescue party in a second explosion. The colliery closed in 1986

ICI had a Powder Works at Denaby making detonators until 1963

In the mid-1990s, a new tourist attraction, Earth Centre, opened on the nearby site of the former Cadeby Main Colliery; it closed in 2005.

Cycling is popular around the area and routes include this Conisbrough cycle route. 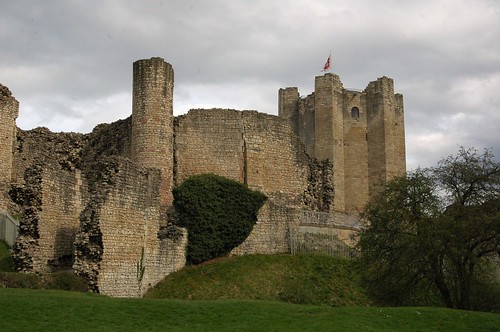 This entry was posted in Our Yorkshire, Villages, Towns and Cities, Yorkshire Sport and Pastimes and tagged cyclinh, walking. Bookmark the permalink.

One Response to Conisbrough Village and Ivanhoe Castle