Havercakes at the Dog & Gun

Driving back from ‘that place’ this week I stopped at the Dog & Gun in High Malsis near Cowling (pronounced Co-lin our barmaid said). The Timothy Taylors Dark Mild hit the spot and someone else offered to drive. The pub was busy for a Monday because the grub was so good and the highlight was a traditional Haver Cake as a sweet.

Clapcake or havercake is an ancient oat cake after Haver meaning an Oat in Norse. In this part of the world one of our traditional foods is Oatcakes which we usually toast and apply liberally with best butter and they are magic. They are a sort of pancake made from Oats. In the old days these were called Havercakes and in the remoter parts of North Yorkshire and the pennine area they are still called that.

‘The way the Havercakes used to be made was to mix Oats with water and milk in a bowl and leave to ferment overnight. The next day this mixture was stirred until it became a kind of mortar consistency and then was poured out onto a piece of flat board criss-crossed with grooves that encouraged the mixture to spread evenly and yet not to run all over the place, until it formed a round pancake about the size of a dinner plate. The Havercake would bake in a matter of minutes on a fire stone. Of course today these cakes are made on a cast iron griddle on the cooker.

If the cakes were to be eaten fresh they would be served up by rolling them into tubes with a heavy fruit jam filling, such as Rhubarb, Quince or Plum jam. The Dog and Gun used a mixture of Bramley Apple and Sultanas. If the Haver cakes were to be stored they would be suspended over a length of pole near the fire and allowed to dry until they were hard, they say these cakes lasted for ever once they dried out. When required the half moon shaped folded cakes would be placed in canvas bags to be eaten later in the fields or at work etc. these bags became known as Haversacks. 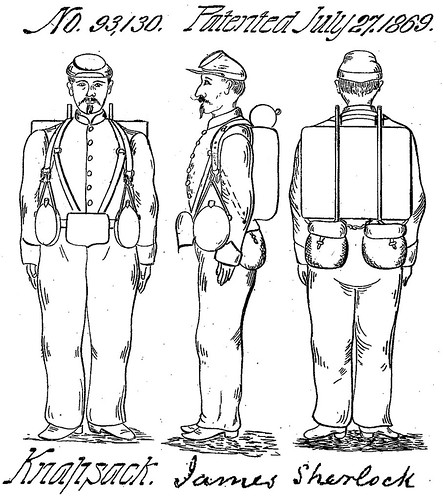 Ingredients
1 pint mixed milk and water
5-6 oz  fine oatmeal
1oz yeast 3oz flour
1 scant teaspoon salt
Mix the flour, salt and oatmeal. Warm the liquid and stir in gradually to make a smooth batter. Crumble in the yeast, stir gently and leave to stand in a warm place for 20 minutes. Stir again and cook in a strong, well-greased frying pan. Pour in enough batter to cover the base fairly thinly and turn out when cooked. 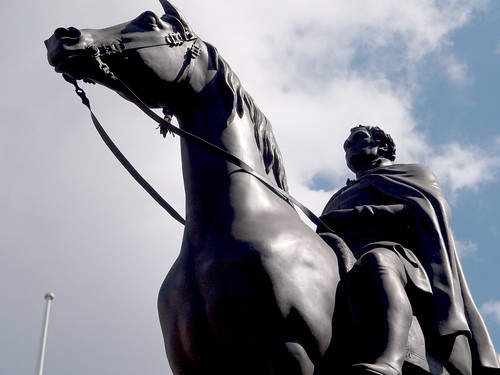 The old Duke of Wellington’s Regiment in Yorkshire were known as the ‘Havercake Boys’ as these cakes formed a major part of their rations. On recruitment days the recruiting Sergeants would tour the inns with a Havercake pierced on the end of his sword held in place with a ribbon of the regimental colours. To take up a soldier’s life with this regiment was a real case of ‘Having your cake and Eating it’
Timothy Taylors brewed a special HaverCake Ale in Keighley in 2002 to help the ‘Dukes’ celebrate 150 years service to their county and country “A very robust Yorkshire ale (ABV 4.7%) brewed to match the qualities of the famous ‘Dukes’ Regiment – it has strength, balance, clarity and a good head” and it is hand pulled. The ale was later relaunched in 2006 and is also available bottled.

This entry was posted in Food and Drink & Yorkshire Products, Our Yorkshire. Bookmark the permalink.

One Response to Havercakes at the Dog & Gun