Last of the Summer Policemen 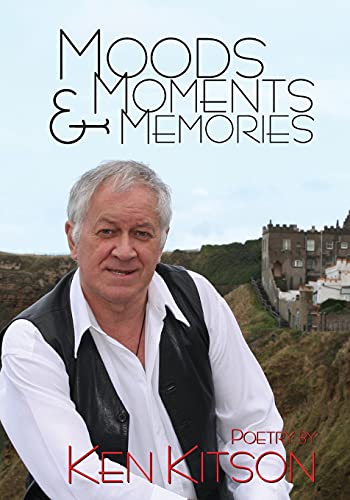 In Scarborough some while back I saw this familiar face signing his book of poetry on the pavement on Bar Street. (His hand and pen were doing the signing not the face).

Ken Kitson was born in Bradford in 1946 and has had a varied career on British television since the 1970s.
He has been in The Sweeney, Minder, Danger UXB, The Lion, the Witch and the Wardrobe and four times played different parts in Coronation Street.

As a droll policeman in Last of the Summer Wine, he will be a familiar face to many. I for one could not put him in context as I walked past.

Ken is trying to raise £2 million to release a movie based on his screenplay “Fistful of Dreams”. ‘The film will be set in Yorkshire, telling the story of Will Case, an unemployed Bradford divorcee disillusioned with society who decides to start living by the romanticised code of the West; dressing as a cowboy and taking part in quick draw competitions.’ For more see Tabard

‘ This book reveals another side of Ken – the poet. Sensitive and imaginative, Ken’s poems are none the less highly accessible. His subjects and messages are drawn from a real world we can all experience and share in. Moods, Moments & Memories draws on material from the whole of Ken’s career.’

‘This book was not what I was expecting either. But I will keep it to add to my collection of Summer Wine books.‘

While I certainly do not regret ordering this book, it was not exactly what I expected. I thought it was going to be an autobiography by Ken Kitson rather than a book of his poetry. Hope he will write his life’s story in the future because I have enjoyed his acting for years in Last of the Summer Wine.