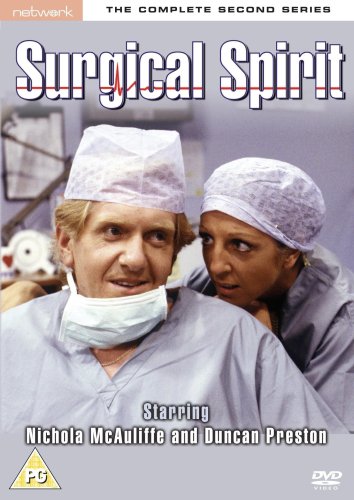 How many Yorkshire actors do you know that combine soap humor and Shakespeare? Well straight from The Bradford Playhouse and the Civic Playhouse via RADA I give you the career to date of Duncan Preston.
Duncan Preston is a Bradford-born actor who recently starred as Doug Potts in ITV’s Emmerdale. Duncan has now moved back from London, where he studied and excelled at RADA, to live near ‘Hotten’.

Duncan is well known for his roles in the TV sitcoms Dinnerladies, Surgical Spirit and Acorn Antiques. His successful collaboration with the late Victoria Wood has seen him take on many characters in Victoria’s sketch shows and her All Day Breakfast.

Film credits include A Passage to India, Porridge, If Tomorrow Comes, Pat & Margaret, Happy Since I Met You, Scandalous, Macbeth and Milk

A range of DVD’s featuring Duncan Preston are available from Amazon. Try to raise a laugh, titter or smile when you go back down memory lane watching any of the classic series that featured Duncan.

Duncan is a passionate supporter of The Alzheimers Society

The Bradford-born actor has been watching the Bradford Bulls play since the age of three, and that is in the last century! Duncan has been a campaigner to help save and refund the rugby club even trying to encourage the former chairman Chris Caisley to return to the helm.

Duncan received an honorary doctorate from Bradford University in 2000