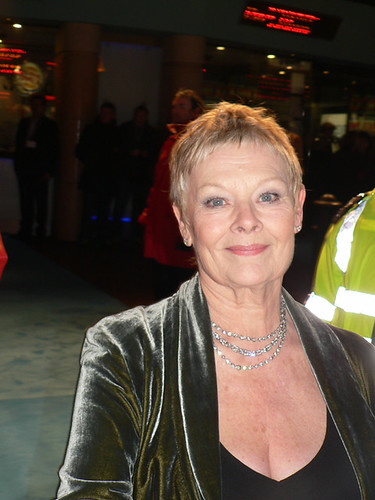 Judith Olivia Dench was born in York in 1934 (sorry to give away a Ladies age!)
Is she Lady Macbeth, M or Queen Victoria? Well that depends on how she is cast as all challenges seem to accepted and dealt with. Versatile and hardworking should be her middle names.
In 1989, she was cast as Pru Forrest, the long-time silent wife of Tom Forrest, in the BBC soap opera The Archers on its 10,000th edition. A strange role for the lead in the west-end musical Cabaret and a member of the RSC.
Her TV comedy As Time Goes By is regularly repeated on TV as a tribute to Judi’s timeless appeal that is enhanced by her more recent role in Cranford.
Iris, the film in which she took the lead role of Iris Murdoch is my personal favourite from a large list of film credits, closely followed by The Last of the Blonde Bombshells. 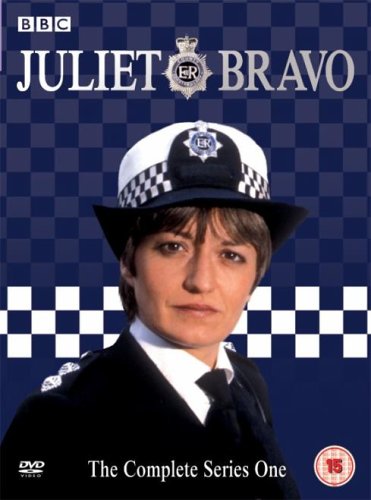 Fascinated from the age of 10 by visits to the pantomime at the Alhambra Bradford, Stephanie was always intent on becoming an actress (‘Oh! no she wasn’t’ ‘Oh! yes she was’).
Best known for her appearances on TV as Inspector Jean Darblay in the police series Juliet Bravo which won her BBC personality of the year. Stephanie Turner also featured in other cop shows including The Sweeney, A Touch of Frost and Z Cars.
Stephanie has played leading roles in most repertory companies and worked closely with Alan Ayckbourn. She played Terry in ‘How the Other Half Loves’, Blanche in ‘Streetcar Named Desire’ and the lead in the west-end ‘Say Goodnight to Grandma’ back in 1973. 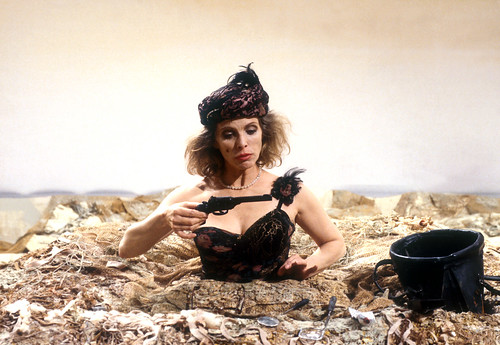 Arriving in Bradford during the war Billie had to over come her stutter through amateur theatricals. (Working at Busbys department store also helped).
It was at Bradford Playhouse, run at the time by J B Priestley and Esme Church, that she was spotted by the BBC. She featured in the TV dramatisation of The Secret Garden back in 1950 and has numerous film credits to her name.
She won a BFA award for her portrayal of a disgruntled ex-wife in Albert Finney’s Charlie Bubbles. Billie Whitelaw’s next screen assignment was as the smothering “monster mommy” of vicious mob leaders in The Krays and the ill fated nanny in The Omen.
As a stage actress, Billie Whitelaw was acclaimed for performances in Samuel Beckett plays with whom she worked for 25 years.

Photo and other Credits
Lovely Judi by lewishamdreamer CC BY-NC 2.0
Happy Days (In Performance) by BBC Radio 4 CC BY-NC 2.0 ‘Happy Days (In Performance)
06/07/1979 © BBC
Picture shows – Billie Whitelaw who stars as Winnie, buried to her waist in a sandy mound, struggling to get through her day, in ‘Happy Days’, Samuel Becketts classic of modern theatre. This television presentation, specially produced for ‘In Performance’ can be seen on BBC2, Saturday October 1979.

Footnote
A prial is a term for three of a kind. Here are 3 different actresses that are each great in their own way, with links to Yorkshire God’s Own County.