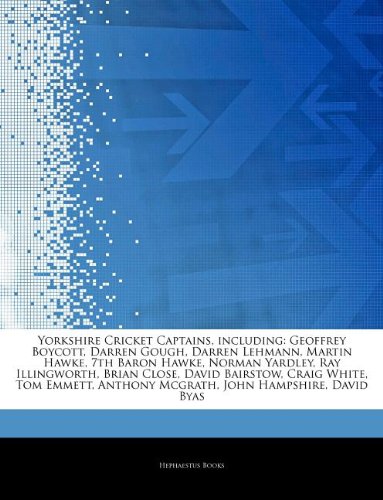 Norman Yardley of Royston near Barnsley was ‘Cricketer of the the Year 1948’ and this is how it was reported in Wisden
In 1950 he led his country in the first three Tests against West Indies the second Test at Lord’s was lost giving the visitors their first victory on English soil. This led to the musical (?) contribution I referred to :-

The King was there well attired,
So they started with Rae and Stollmeyer;
Stolly was hitting balls around the boundary;
But Wardle stopped him at twenty.
Rae had confidence,
So he put up a strong defence;
He saw the King was waiting to see,
So he gave him a century.

West Indies first innings total was three-twenty-six
Just as usual
When Bedser bowled Christiani
The whole thing collapsed quite easily;
England then went on,
And made one-hundred-fifty-one;
West Indies then had two-twenty lead
And Goddard said, “That’s nice indeed.”

Yardley wasn’t broken-hearted
When the second innings started;
Jenkins was like a target
Getting the first five in his basket.
But Gomez broke him down,
While Walcott licked them around;
He was not out for one-hundred and sixty-eight,
Leaving Yardley to contemplate.

Chorus:
The bowling was superfine
Ramadhin and Valentine.

West Indies was feeling homely,
Their audience had them happy.
When Washbrook’s century had ended,
West Indies voices all blended.
Hats went in the air.
They jumped and shouted without fear;
So at Lord’s was the scenery
Bound to go down in history.

Chorus:
After all was said and done
Second Test and the West Indies won!

David Friths obituary of Norman Yardley is available as the ‘All round Skipper’ in the Yorkshire Cricket Archive.

Related Links
The Best of Dickie Bird on audio CD from Amazon
Slipless In Settle: A Slow Turn Around Northern Cricket by Harry Pearson is a book on Yorkshire village and League cricket that will give you a wry smile or three.
Wisden on Yorkshire
Photo on creative commons license by Badger Swan on flickr
Jim Laker on Gods Own County.