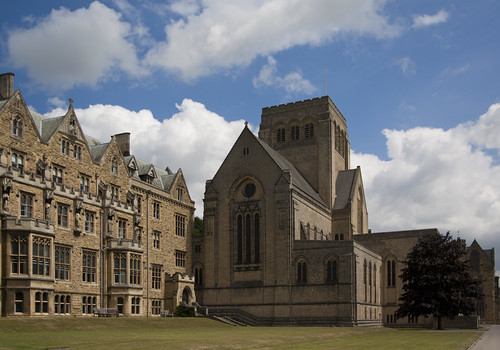 Ampleforth village is home to an abbey, college, school and the parish church.
The Saxon church of St Hilda at Ampleforth is believed to contain Medieval stained glass windows. Certainly the C.of E. church dates back to 1390 although the stained glass is said by some to be of a more modern design. 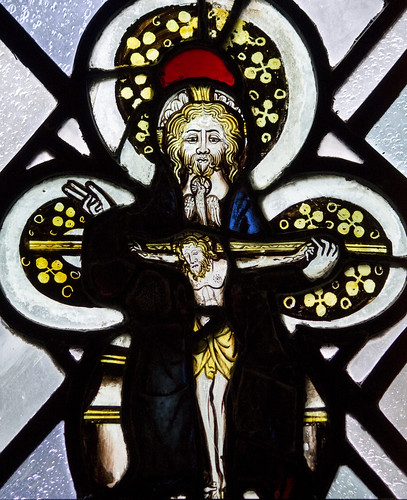 The Benedictine monastery or abbey and its church of Our Lady and St Laurence contains modern stained glass created by Patrick Reyntiens a former pupil of the catholic school.
‘The Lady Chapel is now a very intimate, reflective place in contrast to the Abbey Church which has very plain windows.’ see more from Christina White and the Catholic Herald 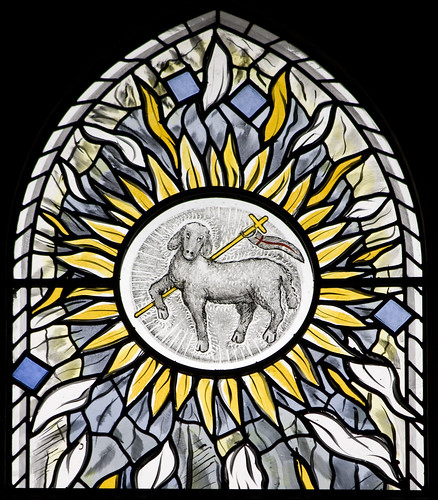 Patrick Reyntiens is a former pupil of Ampleforth College. Patrick is a worldwide figure known for hand-painted stained glass that he has been designing and making work for over 50 years.
He is renown for his work in Churches and Cathedrals in the UK and Internationally. This includes the Baptistery Window of Coventry Cathedral where he collaborated with John Piper. His other famous works include windows at Liverpool’s Catholic Cathedral of Christ the King.
For Ampleforth he designed the new windows with his son, John, also an accomplished stained glass craftsman.
John Reyntiens designed and replaced many of the windows at St George’s Chapel Windsor after the destructive fire of 1992. 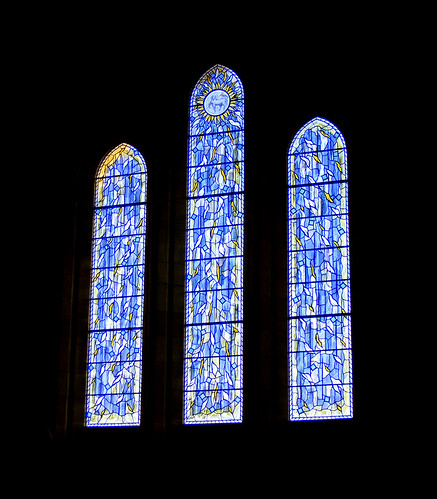 Ampleforth Abbey is only 1 mile away from the village. You can discover the Abbey as visitors are encouraged to attend church services or visit the grounds, lakes and woodlands. In these modern times there is now tea rooms, a shop and a visitors centre. You can even play a round of golf on the Monks course.

Our Lady and St Benedict’s church is served by the monks of Ampleforth and has been the parish church for the village’s Catholic population for many decades, often being considered a chapel-of-ease to the farmers of the area. Attached to the Roman Catholic parish is the co-educational primary school, St Benedict’s, which is run by the Diocese of Middlesbrough.

Footnote
The Church of England parish church is dedicated to St Hilda, an English abbess who founded Whitby Abbey. The church dates back to Saxon times, with elements from the 13th century. Attached to the church is a primary school run jointly by the Church of England and the North Yorkshire County Council Education service.

Credits
Ampleforth Abbey & Church by Lawrence OP Completed in 1898, the Benedictine monastery of Ampleforth with its church which dates to 1925.
“Let the oratory be what it is called, a place of prayer;
and let nothing else be done there or kept there.
When the Work of God is ended,
let all go out in perfect silence,
and let reverence for God be observed…”
– from the Rule of St Benedict.
Ampleforth Gnadenstuhl also by Lawrence OP
The Lamb is our Light by Lawrence OP all CC BY-NC-ND 2.0 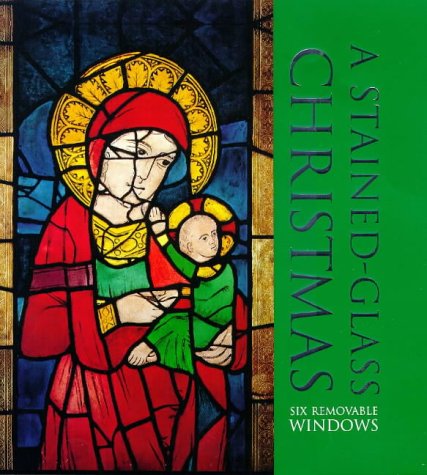 A Stained-glass Christmas by Patrick Reyntiens tells the Christmas story illustrated with a collection of stained-glass images dating from the 12th to 15th centuries. Each is reproduced as an acetate window which can be used as a christmas decoration.

This entry was posted in Yorkshire Arts & Music, Yorkshire History and Heritage. Bookmark the permalink.