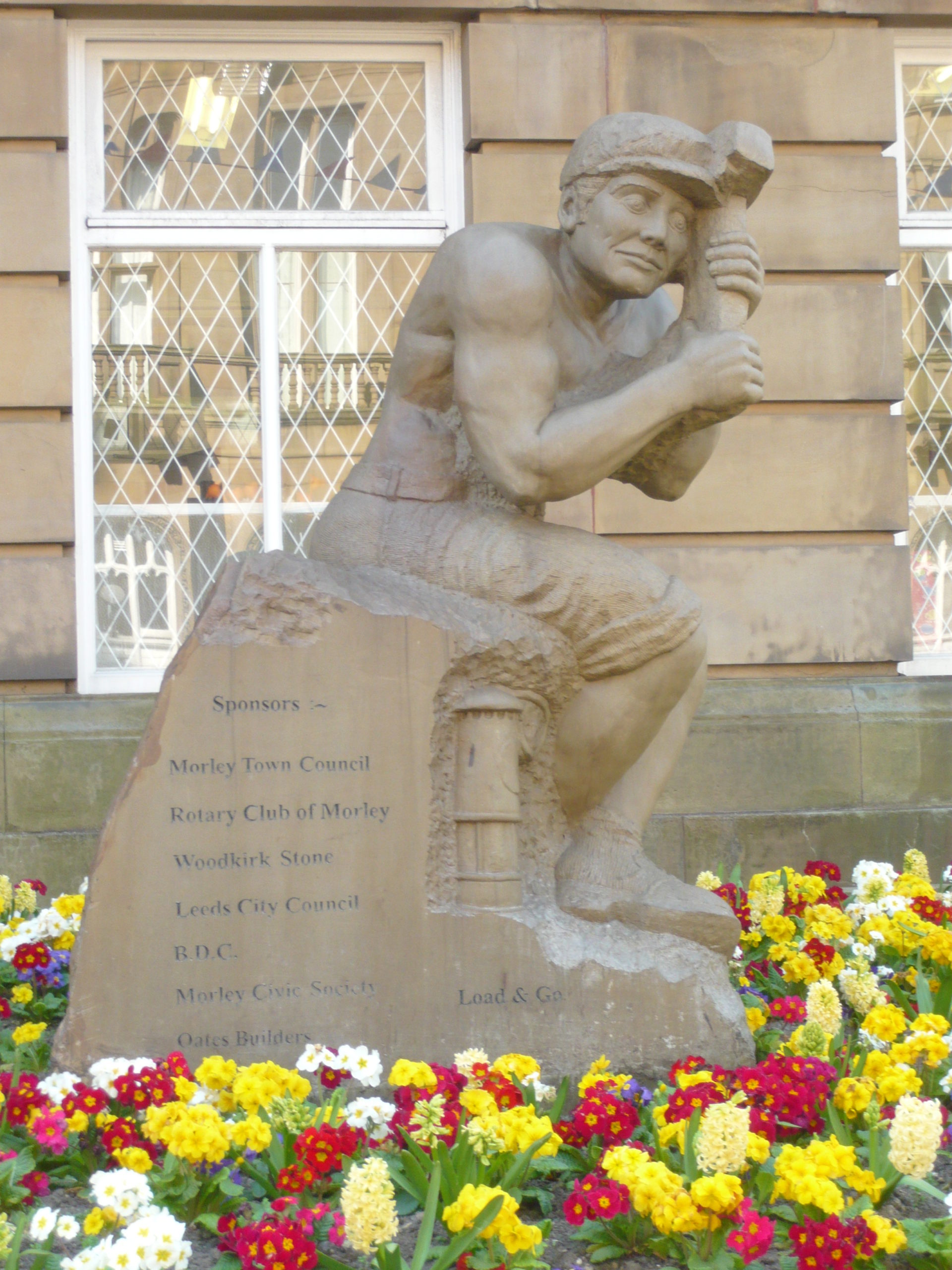 Throughout Yorkshire there were primrose paths to brilliant primulas this spring. Apologies are in order as this picture in Morley is a couple of years old as I am confined to barracks at the moment.

Morley was a great coal mining town and in the 19th century there were many well-known Morley’s collieries and ‘British Mining No. 87 – Coal Mining in Morley‘ lists 87 pits in all. The Northern mine research society  ( nmrs) covers the impact of HM Inspector’s of Mines on the employment of women and children. There is a detailed account of the Morley Main explosion of 1872 which claimed the lives of 34 men and boys and many of the 42 horses that were also below ground at the time.

In 1849 there were 200 deaths in Morley due to Cholera and in 1901 Sewage Purification Works opened.

To demonstrate the towns motto Industria Omnia Vincit ‘Industry overcomes all things’ there are over 5,000 individual stones in the mosaic. Many from local quarries that were  large employers since the 17th century.