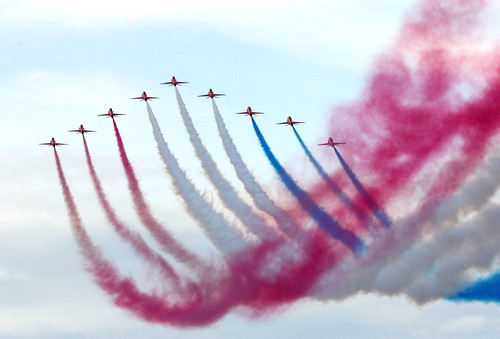 Back in 1915 Robert Blackburn (RB) set up a base for the Blackburn Aeroplane and Motor Company in Brough. Amongst the aircraft made by the company were the early Kangaroos, Sharks, Skuas and the Swift.

From 1916 the military commandeered the Brough site building 2 large extra hangers. The Kangaroo was then the first pure Blackburn plane to win type approval for military planes.
In 1920 the Air Ministry asked Blackburn to work with Napier to produce a torpedo plane called the Swift.
The royal airforce reserve training school was set up in Brough for piolts of sea and land planes using Blackburn Dart, Ripon and Velos planes.
Large flying boats were also built at Blackburns including the Iris, Perth and Sydney making inaugural flights from the Humber estuary.
The Blackburn built Skua was the only naval plane for dive bombing and was the first plane to shoot down an enemy aircraft in the second World War. The Shark and the more successful Swordfish were also built around the same time.
180 Botha, 635 Fairy Baracudas, the Firebrand and the Roc naval fighter were built during 1940’s. The Sunderland flying boat was built at Blackburns Dunbarton factory.
In 1948 Blackburns was taken over or amalgamated with General Aircraft and produced the Universal fighter.
The production of the Buccaneer (bottom) dominated output at Brough during the 1960’s. 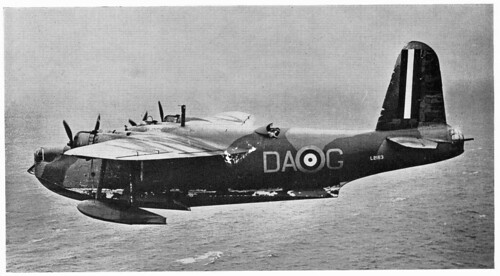 In 1960-65 Blackburns became Hawker Siddeley, Brough, and later part of the British Aerospace Kingston-Brough Division.
Arguably one of the company’s best known aircraft is the Hawk or T45. This is the jet trainer plane seen the world over as part of The Red Arrows RAF aerobatic display team.
The origins of the Harrier vertical/short take off and landing multi-role fighter can be traced back to Blackburns in Brough. The Harrier’s vertical take off was a stunning sight. On lookers were amazed to see 6 tonnes of fixed wing jet fighter hover, and even fly backwards.
Earlier this year 2012 BAE Systems announced it would be ending manufacturing at its site in Brough. This will mean 845 employees are redundant and our aeronautical heritage will be cut short. 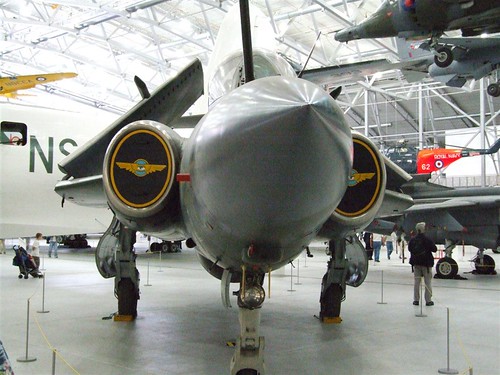 Photograph Credits
Red Arrows by Richard Towell CC BY-NC-ND 2.0
Short Sunderland by Adelaide Archivist CC BY-NC 2.0 ‘Short Sunderland Mk.1 Flying Boat L2163 DA-G of No. 210 Squadron .
Photograph published in ‘The Royal Air Force in Pictures including aircraft of the Fleet Air Arm’, prepared by Major Oliver Stewart, 1941. Page 55.’
Blackburns last by Elsie esq CC BY 2.0 ‘A Buccaneer of the RAF. These aircraft had “wing blowing” a technique to artifically increase the lift of wings by ducting air from the engines over the top surface of the wing. This resulted in very high speed capability at very low altitude. Even today few modern strike aircraft can match the Buccaneers down-low performance’.
See air-ambulances-of-yorkshire

This entry was posted in Transport and Travel, Yorkshire History and Heritage. Bookmark the permalink.