Yorkshire rhubarb is at it’s best when forced to make thin pink stalks (once tasted you will never be forced to eat it again). It grows all around Yorkshire but is at its best when grown in a triangle between Wakefield, Ardsley and Ossett then forced in the low sheds built for the purpose. 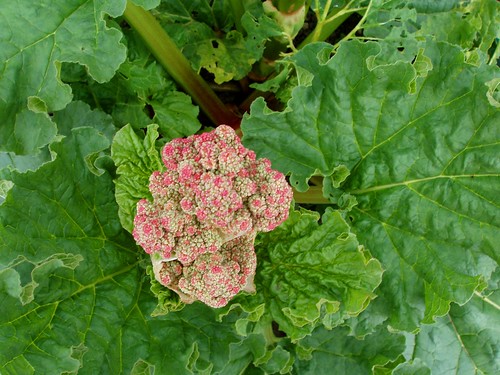 Your rhubarb will flower like this if you don’t eat it first! Ornamental varieties of rhubarb are not grown in the ‘Rhubarb Triangle’ as rhubarb is a serious crop grown under strict conditions to produce thin pink stems from February to make into delicious pies.

The rhubarb triangle is not a gardening device but a geographic location between Wakefield, Morley, Dewsbury and Rothwell where the majority of the worlds supply of forced rhubarb is grown. The rhubarb grows in forcing sheds while it is still winter and is ready before your garden crop grown outdoors. You can force your own garden rhubarb by covering the crown of the plant with a large pot filled with loose straw to keep it dark and warm.

There is a book of Walks in the Rhubarb Triangle ‘It includes delicious recipes from Barbara Bell for rhubarb bread and butter pudding, rhubarb cheesecake and rhubarb triangles, which are a type of flapjack.’ There is even a rhubarb festival each February.

From them apples in Saltaire ‘The classic culinary use for rhubarb is in a crumble. Gently stew rhubarb chopped into two or three centimetre chunks with a splash of water or orange juice, with sugar added to taste. The cutting acidity of the rhubarb must be preserved, so be careful with the sugar. Top with a simple crumble, made with 160g of plain flour cut with about 110g of diced butter, with maybe 25g of sugar added. Cook in a hot oven for twenty-five minutes and eat hot, maybe with cream or yoghurt.’ 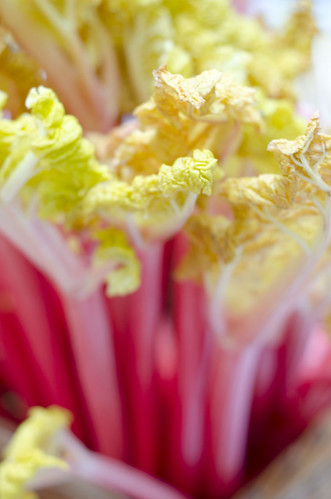 Yorkshire is still the place to grow, buy and cook your rhubarb so give your taste buds a treat. Wakefield is the centre of Yorkshire’s rhubarb triangle 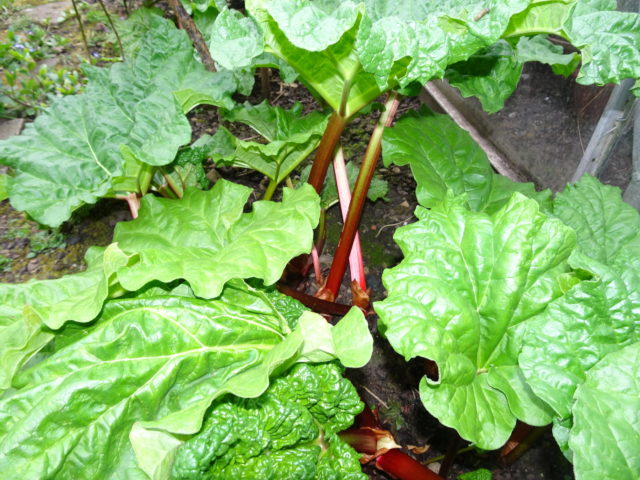 This entry was posted in Food and Drink & Yorkshire Products, Our Yorkshire. Bookmark the permalink.

5 Responses to Rhubarb Triangle Around Wakefield