It was 1980 when the Jacqueline Hill the last ripper victim’s murder took place.
Peter Sutcliffe from Bingley, aka The Yorkshire Ripper, must stay under guard because his crimes, which included 13 killings and seven attempted murders, were ‘at the extreme end of horror’, Britain’s top judge ruled in January 2011.

Appeal court judges said: ‘An examination of the entire catalogue of the offences demonstrates that this was criminal conduct at the extreme end of horror. Each of the attempted murders, as well as each of the murder offences, was a dreadful crime of utmost brutality.
Taking all the offences together, we have been considering an accumulation of criminality of exceptional magnitude which went far beyond the legislative criteria for a whole-life order. That is the only available punishment proportionate to these crimes.’
The appeal was funded to the tune of c£400,000 by legal aid and a further appeal to the Supreme Court is being considered by Sutcliffe’s lawyers (money for old murders).

In a recent update police are thought to be investigating claims the Yorkshire Ripper was responsible for more murders and attacks for which he was never convicted. This was sparked by possible censorship of a section in the report by Sir Lawrence Byford.

The Ripper remains in jail.

Read more on the Mail online 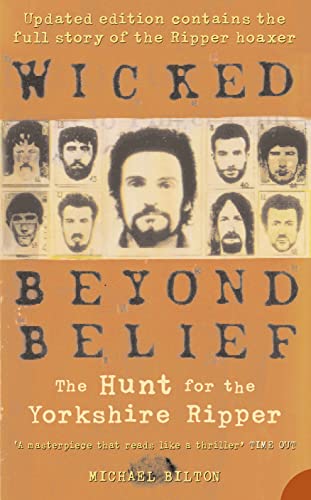 The Yorkshire Ripper from Amazon