A Yorkshire Woman of Substance 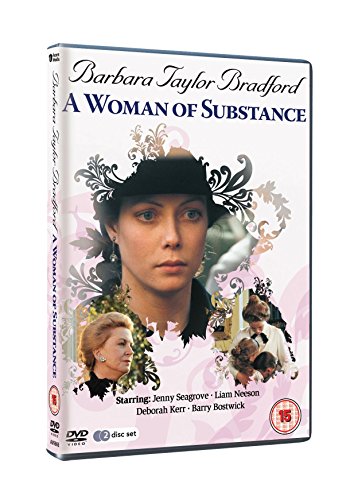 After selling over 80,000,000 books the Leeds born Barbara Taylor Bradford aged 84, must certainly be a woman of real substance, even though she now spends most of her money living in the USA. It is 30 years since the 1200 page block buster ‘Woman of Substance’ was released in British book shops and there has been a prolific output of another 24 books, films and TV spin-offs. Not a bad output for a former cub reporter with the Yorkshire Post.

Marrying a Yank (at least he had a Yorkshire surname) Barbara kept her maiden name Taylor but added the alliterative Bradford. After 46 years marriage they still work together “I refer to him as the General,” she says, “and he calls me Napoleon!” Robert Bradford produces all of her mini-series and films, structures her contracts and spearheads all of the activities of ‘the industry that is Barbara Taylor Bradford’. The Napoleon reference is said to be linked to the expat Yorkshire traits of Barbara’s strong will and blunt straight talking, although I never saw Napoleon as a Yorkshire man.

Born in Armley Leeds in 1933 (Barbara admits to being 76) she went to a private girls school then started work as a typist at the Yorkshire Post. Skipping university she was later to be given hounoury doctorates at Leeds and Bradford Universities.
Her quotes on receiving an OBE in 2007 could have come from the script on one of the books “I am thrilled and excited, as well as very honored to receive the OBE from the Queen,” says Mrs. Bradford. “Going to Buckingham Palace and accepting this award from Queen Elizabeth was a very special occasion.”

‘BTB is the Belle of the Ball’ Barbara was honored by the St. George’s Society of New York at their annual “English Ball Of The Roses.” BTB, (the Americans love shorthand that is easy to understand) was presented with her medal of honor by legendary English actor/singer/songwriter Jim Dale who gained his own fame in Carry On Films, Pushing Up Daisies and as the Harry Potter Audio Narrator.

Some clips of the movies of Barbara’s works can be seen on her web site together with a full book listing and more biographical detail.
Visiting Leeds on 12th September 2009 BTB will be at Harvey Nichols signing copies of her latest novel ‘Breaking The Rules’. 10am-12pm Admission is Free but the book won’t be.