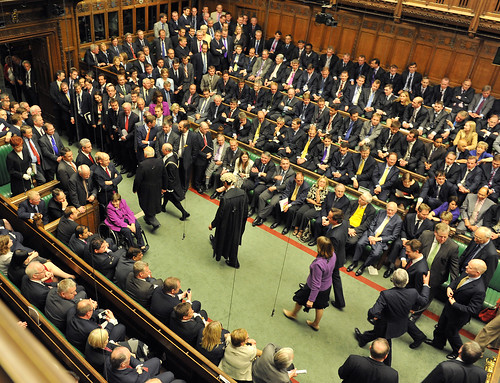 Rosalie Winterton better known as Rosie was born ourside the county in August 1958. She has been a Labour Party politician and the Member of Parliament for Doncaster Central since 1997.
As one of ‘Blair’s babes’ she was a minister in both Tony Blair and Gordon Brown Governments. Rosie was Labour Chief Whip and is now in the shadow cabinet as Shadow Chief Whip.

Caroline Flint has been the Member of Parliament for Don Valley since 1997. She has had various roles including Minister of State for Housing and Planning in 2008, the Minister for Europe and Shadow Secretary of State for Communities and Local Government. In October 2011 Ed Milliband appointed her Shadow Home Secretary and Shadow Minister for Women and Equalities. Famously Caroline resigned from the cabinet in 2009, citing the leadership (or lack) of Gordon Brown as a reason.

Yvette Cooper was born north of the border in March 1969 and has been the MP for Normanton, Pontefract and Castleford since 2010. She is the current Shadow Home Secretary and believed to be set for further advancement. Yvette is married to Ed Balls another local Morley and Outwood MP.

Rachel Reeves age 33 is an economist and the Member of Parliament for Leeds West since 2010. She served as Shadow Pensions Minister and is now Shadow Chief Secretary to the Treasury under Ed Miliband.

Mary Creagh is a Labour Party politician and Member of Parliament for Wakefield since 2005. A former councillor in the London Borough of Islington. She was appointed to the shadow cabinet Shadow Secretary of State for the Environment, Food and Rural Affairs, in 2010.

Twins in the Cabinet born in Bridlington

Maria Eagle was born in Bridlington, East Riding of Yorkshire on 17 February 1961. She is an MP in that other little county but her birth right gets her in this cabinet. Maria Eagle is currently the Shadow Secretary of State for Transport.

Angela Eagle is Maria’s twin so obviously she was also born in Bridlington. Under Ed Milliband Angela is Shadow Leader of the House of Commons despite being MP for Wallasey.

Yorkshire contributes significantly to the number of women in the Shadow Cabinet. It wouldn’t be PC to call it a kitchen cabinet because it is a kitchen shadow cabinet.