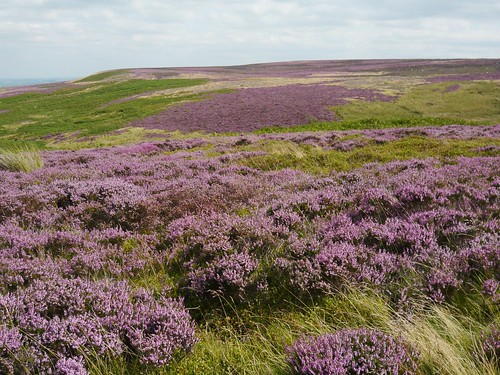 The glens of Scotland and the Moors of Yorkshire were covered with purple flowering heather. This picture was taken above Dick Hudsons on Ilkley Moor. The route is part of the Dales Way Bradford Link and the Leeds Link also traverses Ilkley moor to get to the start of the Dales Way proper. According to the Yorkshire Dales National Parks Authority ‘The dry heaths of the National Park are usually dominated by heather particularly on intensively managed grouse moors.’ 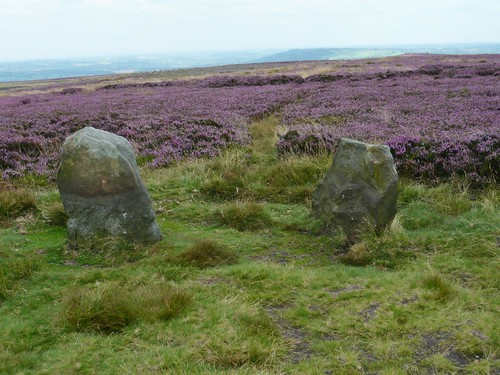 This photo shows two of the twelve Apostle Stones, 1260 feet above sea level, on Ilkley moor looking towards Yeadon and the airport. The planes were flying higher than the horseflies but not by all that much. There is a specialist web site for Stone Circle visitors here and a more comprehensive article by David Raven.  For comments about heather on the uplands 15,000 years ago look at The Moorland Association site

That is not to say that the other tracts of moorland and heather in Yorkshire are not in great condition. I particularly like the area around Goathland.

This entry was posted in Our Yorkshire, Yorkshire History and Heritage and tagged birdwatching. Bookmark the permalink.