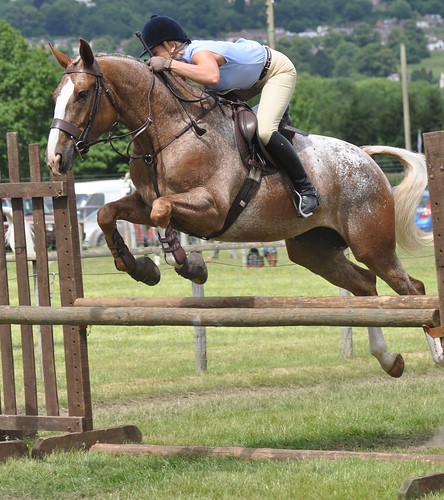 In summer 2011 Bramham horse trials had some good weather for a change and record crowds of over 50,000 attended to see a German winner Kai Rueder. The only solace is that he is trained by a Yorkshireman Chris Bartle from Markington

In the European championships Yorkshire folk came home with a couple of bronze medals. Nicola Wilson and John Whitaker will now be looking forward to the Olympic selection and competitions

The Hull show in East Park organised by the British Showjumping area committee was an unqualified success in August when over 20,000 visitors attended the show. Yorkshire riders did particularly well with Karl Fuller of Otley winning twice in the grand ring. He was riding his own horse Wet Wet Wet.

The Great Yorkshire Show introduced a new Mini Major class to add to the existing highly acclaimed show jumping competitions. Sponsored by Yorkshire Dales Ice Cream it is open to junior riders aged 12 and under. It gives an opportunity for the winning pony riders from three Yorkshire qualifying shows to partner up with some of the (major) top riders in the country.

A first for Yorkshire when Eldwick Riding Club won the quadrille of the year title at the British Riding Clubs event with their Riverdance routine. Read more background and see an international Quadrille below.

Steven Beane from North Allerton captured his third consecutive global title at the Calgary Stampede’s 32nd annual World Championship Blacksmiths’ Competition during 2011. Steven has joined the elite as a competitor who has won back-to-back-to-back world crowns at Calgary. He picked up the winner’s cheque for $10,000, as well as a gold-and-silver Stampede championship buckle.

Due to a lack of sponsorship and poor ticket sales the international showjumping event planned for April 2011 at Sheffield arena had to be cancelled.

For details of forthcoming events check out the Riding Diary
Port Royal EEC, claims to be the premier northern equestrian center at Holme on Spalding moor with two main arenas. For events see