Wrong Sort of Plastic on the Line

Train companies do not need an excuses for late running trains but nevertheless here is a new one. Not the one about all staff are too busy clearing the rubbish dumped by passengers but ‘the wrong sort of plastic on the line’.

Let’s have a straw poll about litter in the form of tubes of plastic used and discarded in their billions. Leeds railway station is going to be in for some stick over this poll and post where consumers choose to leave plastic straws behind. Why do drink retailers reach for the plastic when sustainable materials like waxed paper as formerly used in school milk (remember that.) New trendy straw devices include biodegradable bamboo, reusable metal, bioplastics or glass drinking vessels with modified spouts. Better still why not stop being a sucker! Tip your drink into your mouth or Gizza Swig .

The last straw is further plastic annoyance coming on top of a series of pollution difficulties in rivers, seas and general environment that is making the situation intolerable .

Now as a straw in the wind  a small sign that hints of something  about to happen but that may only be the naming of a new train ‘The Strawman’. This would be an intentional misrepresentation supported by plastic straw manufacturers. Thomas the tank engine is going environmentally friendly and the Fat Controller will be renamed the Fat Strawman a person having no substance or integrity. His favourite film ‘Strawless in Seattle’ and worst song ‘Stawburried in Fields For Ever’.

Enough of Straw (bales and bales of it) it is but a small part of the bigger plastics problem. 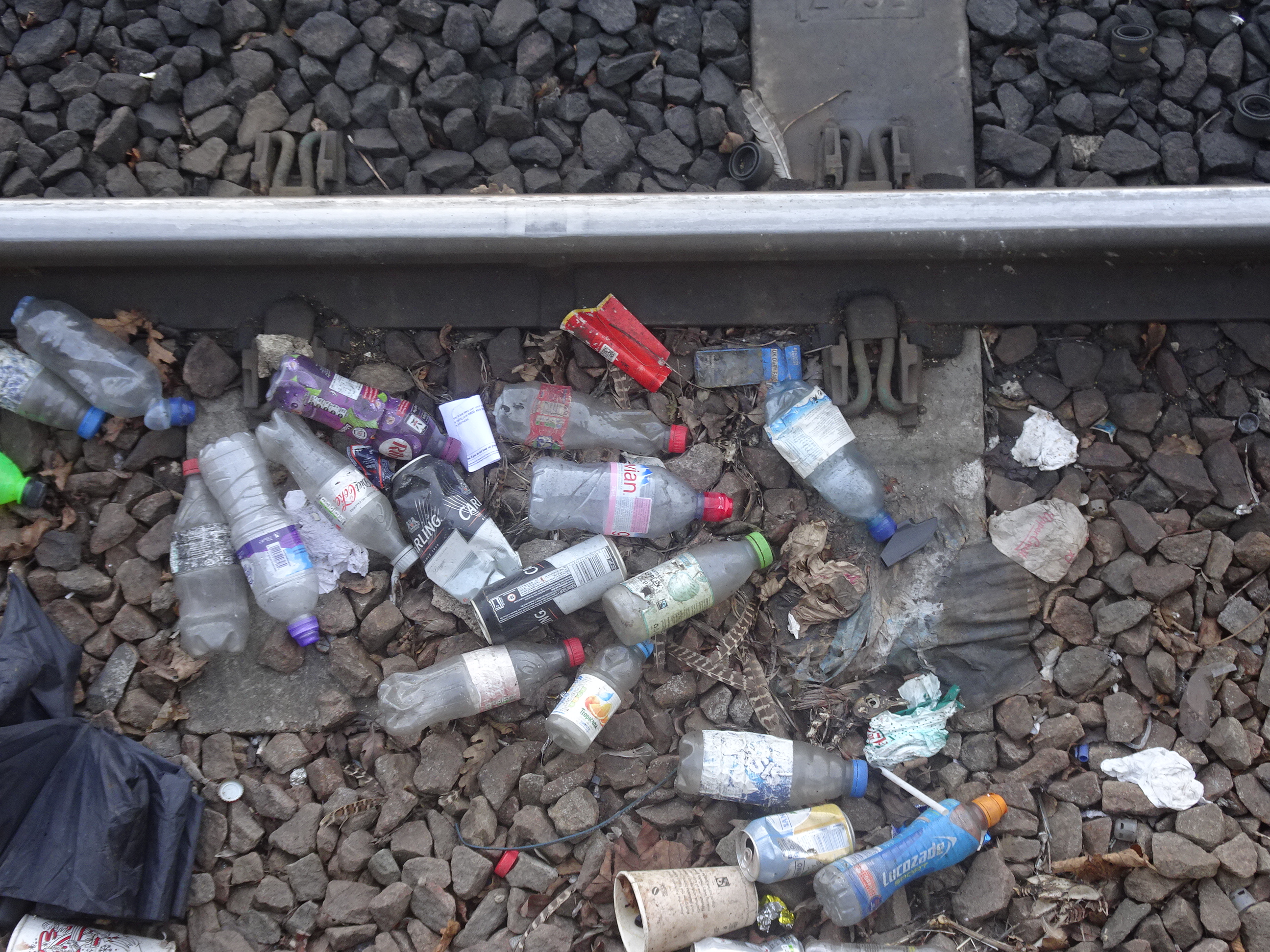 Leeds Railway Station again!. Platform 17b on the 30th January 2018. The volume is too great to be casual littering. Nor are they the type of drink vessels that generally come from licensed premises. I was lucky not to spot 10 green bottles hanging on the line (but counting cans I am not so sure). 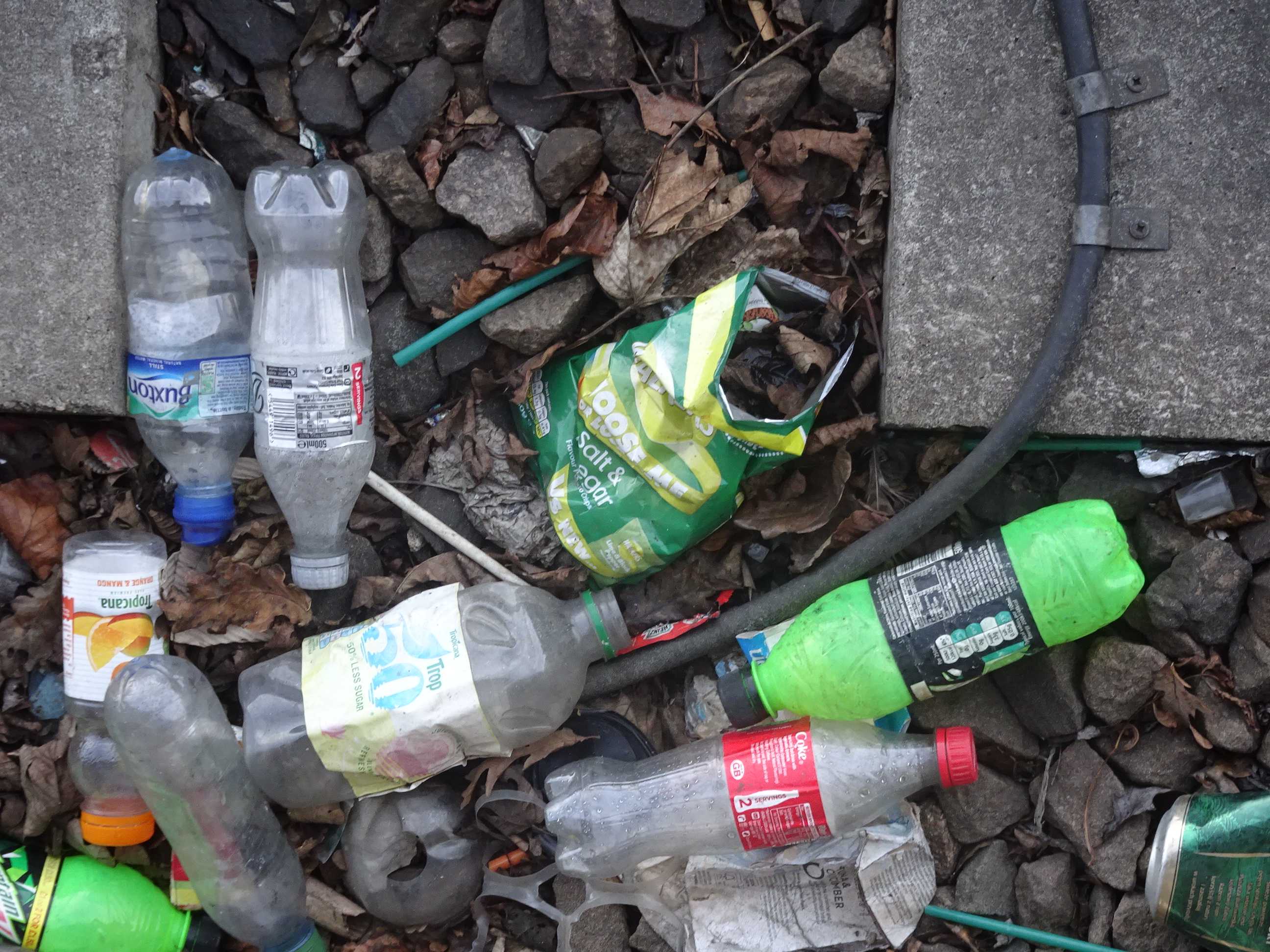 The plastic wrapper or bag was deposited at Menston a small urban station on the Wharfedale line. There was other detritus laying about and it was possible to believe a large piece of plastic caught on the lines or power cables could lead to  “Eleven minutes late, signal failure at Northern Rail.” ( with apologies to Reginald Perrin). 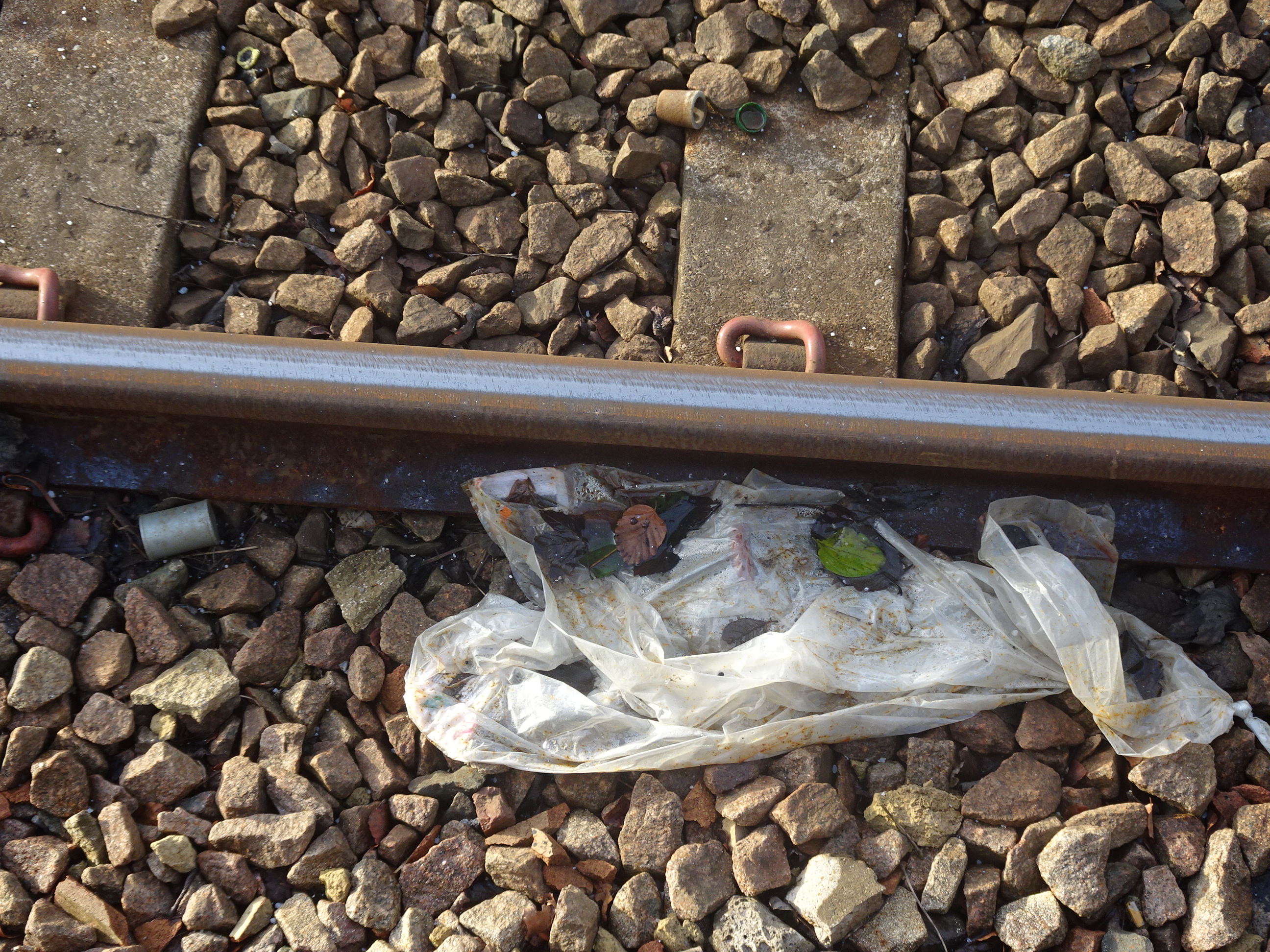 I couldn’t get good pictures of the fly tipping on various embankments on the journey between the two train stations. In parts it was gross and dangerous and down to unthinking idiots who threw stuff over a wall or fence creating a threat to trains on the line. (more when I have evidence).